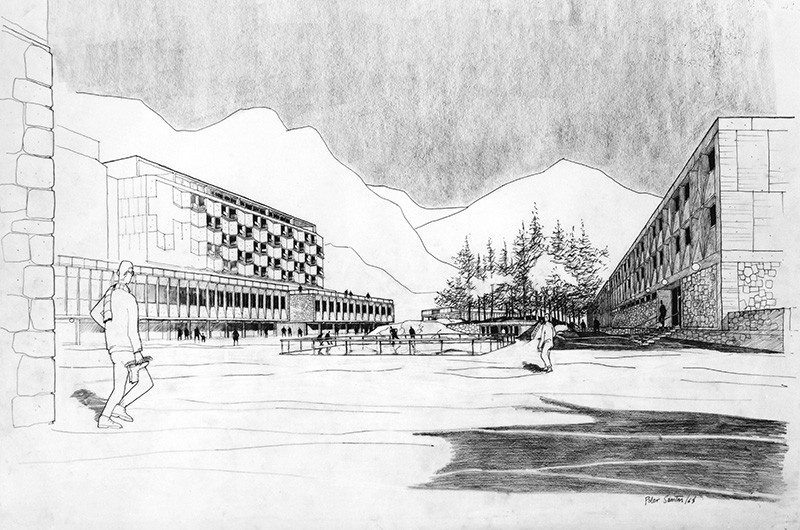 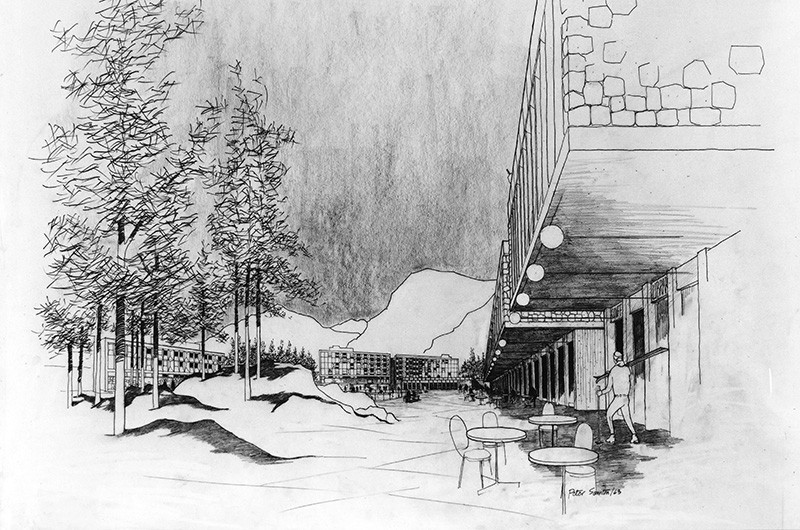 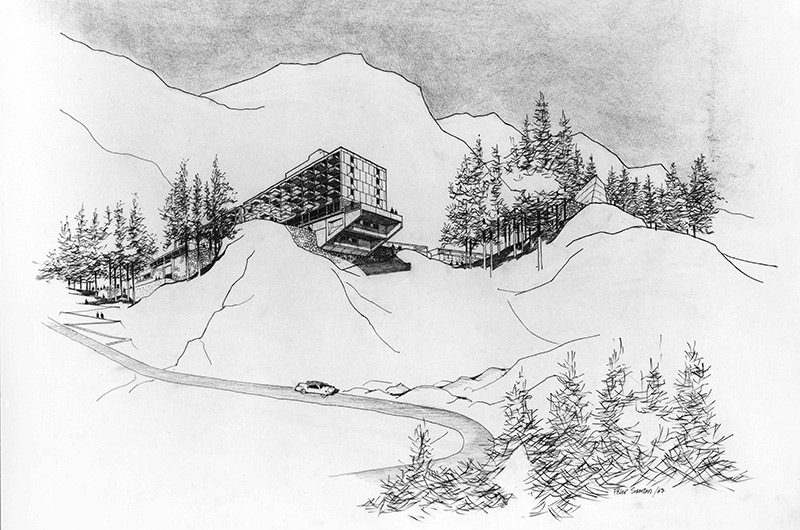 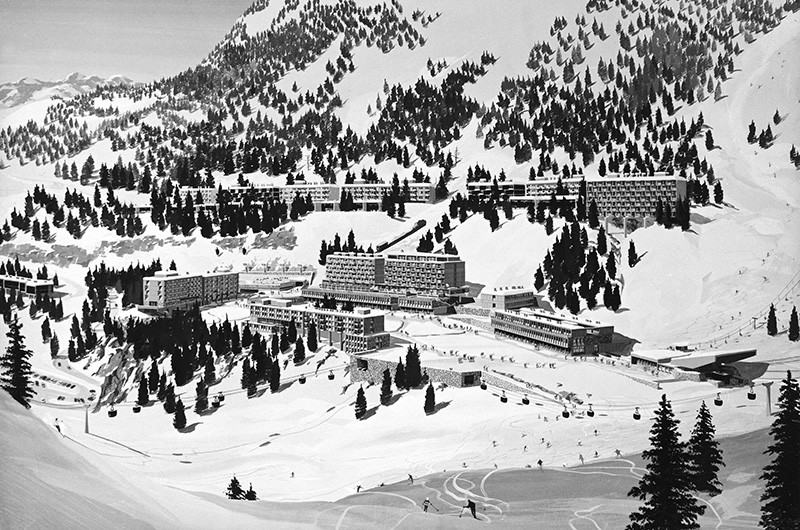 THE ARCHITECTURE OF FLAINE

The Flaine of Marcel Breuer was built from 1960 to 1976 by Marcel Breuer & Associates as the project he had conceived in constant dialogue with us.

“The architecture of Flaine is an example of the application of the principle of light and shade that I have adopted. The façades of the buildings are shaped like the points of a diamond. The sun's rays strike the faces at different angles and are reflected to produce light of contrasting intensity”

The horizontality of the contours with which the manmade buildings are forced to comply contrasts with the chaotic relief of the mountain, witness of nature's omnipotence. Each building uses the best of modern building techniques. The entire composition blends in with Flaine's magnificent and wild scenery, with which it joins forces and which it humanises."

"Modern architecture is not a style, but an attitude."

Marcel Lajos Breuer (1902 – 1981), was a modernist, architect and furniture designer of Hungarian origin. He managed to enlarge the sculptural vocabulary that he had developed in his Bauhaus workshop, to produce a personal architectural style that made him one of the world’s most appreciated and influential 20th century architects. He designed Paris’s Palais de l’UNESCO, New York’s Whitney museum and the B3 tubular chair known as the Wassily Chair. 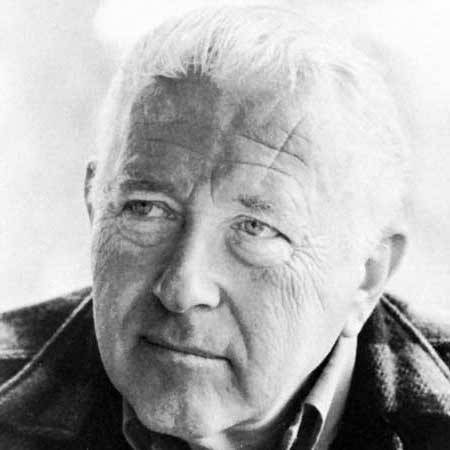 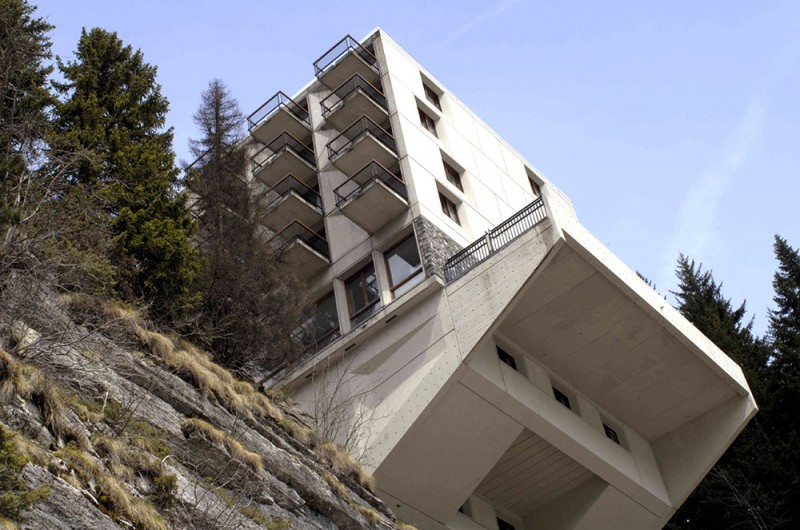 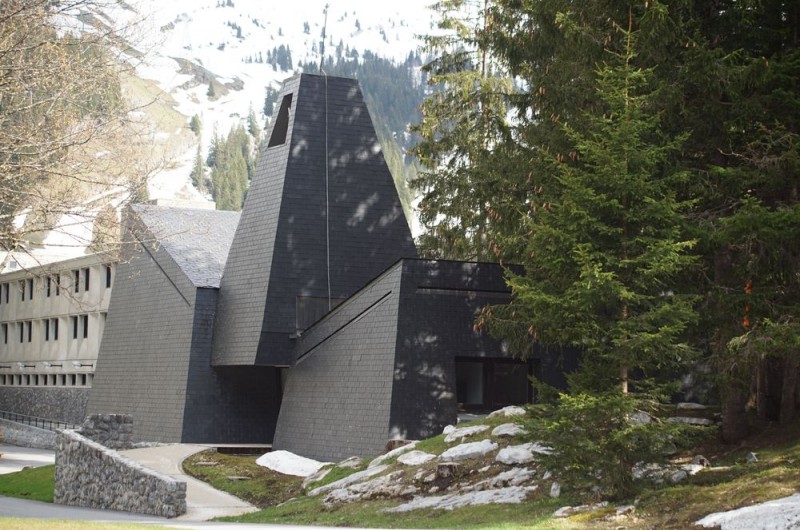 In 1977 Marcel Breuer retired but his partners at Marcel Breuer Associates (MBA), Robert Gatje in New York and Mario Jossa and Daniel Chiquet in Paris, continued to build Flaine according to the site plan that he had drawn up. They completed it with the construction of the Auditorium in 1986 and the Flaine Forêt shopping arcade and the terminal buildings for elevator No.2 in 1988.

The Le Flaine Hotel and the Bételgeuse building, the first constructions in Flaine, were listed in the supplementary inventory of historical monuments of France in 1991.

The historic Flaine of Marcel Breuer has been awarded the "Heritage of the 20th century" classification by the Ministry of Culture.

The ecumenical chapel was listed as French historical monuments in 2014.