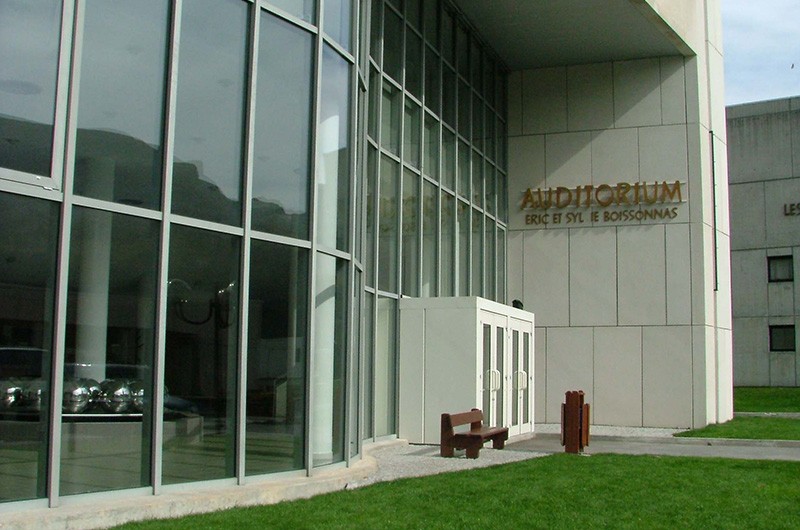 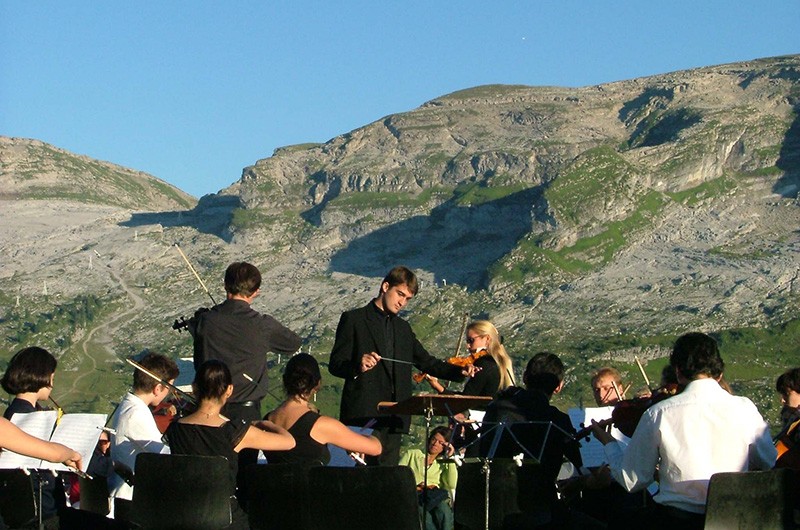 "In 1969 Rémi had the idea of bringing musicians to Flaine, be they young or established. In exchange for a week’s skiing they would give a concert. And so Michèle Boegner, Augustin Dumay, Eric Heidsieck, Frédéric Lodéon, Pascal Rogé and many others played in the cinema, whose acoustics had been designed for music.  Then Eric and Rémi - by now president of the Ecole Normale de Musique in Paris - proposed that Serge Petitgirard, who taught there, organise music courses in Flaine. Concerts followed the day’s work and Rémi named this the "Bains de Musique" - the immersion of students in their discipline.  The conditions were particularly favourable to the combined progress of all: many working studios equipped with pianos, an orchestra of students, and the leisure activities available in a mountain resort. There were soon 300 students and 30 teachers."

In response to the development of the ‘Bain de Musique’ movement, Eric Boisonnas asked architects Mario Jossa and Daniel Chiquet to design a concert hall and a conservatory with classrooms, offices and student accommodation. They came up with a project comprising a building on either side of the Flaine Forêt road linked by a walkway. This project eventually became what is now the auditorium – a concert hall with a seating capacity of 500 – and much effort was invested in enhancing the acoustical properties of the building. The front of the building is made from glass and represents a grand piano opening onto a hall. A gym with an indoor climbing wall was built beneath the seating area.

“The hall was inaugurated on 2 August 1986 with a recital by pianist Eugen Indjic. In 1987, Laurent Petitgirard took over the role of director of the Academy and of the Flaine Festival from his father.  Petitgirard went on to create the French Symphonic Orchestra in 1988. The Flaine Festival ended in 1997, along with the ‘Bain de Musique’ and the French Symphonic Orchestra.” 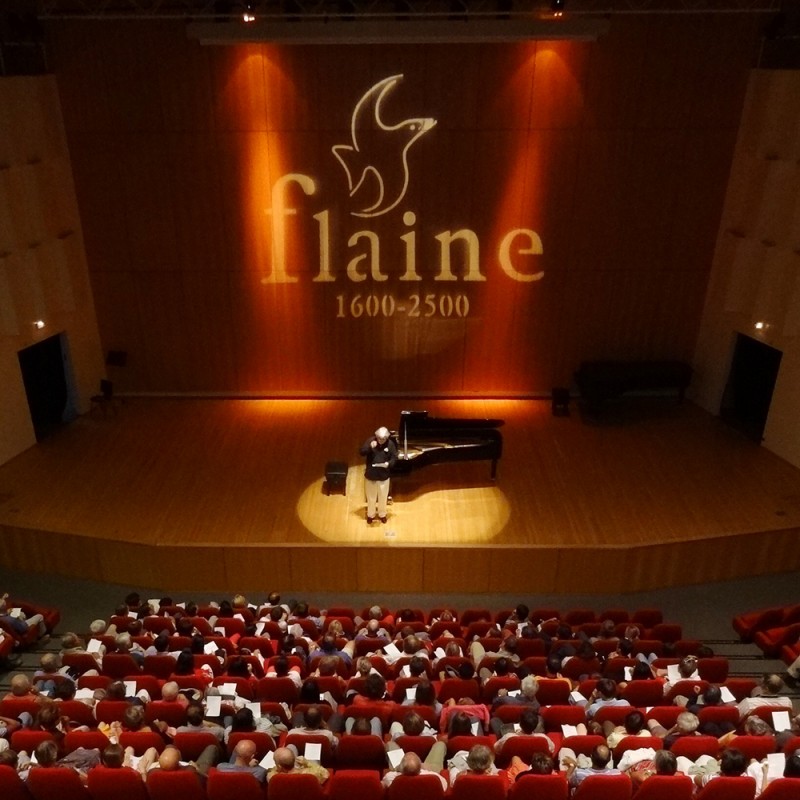 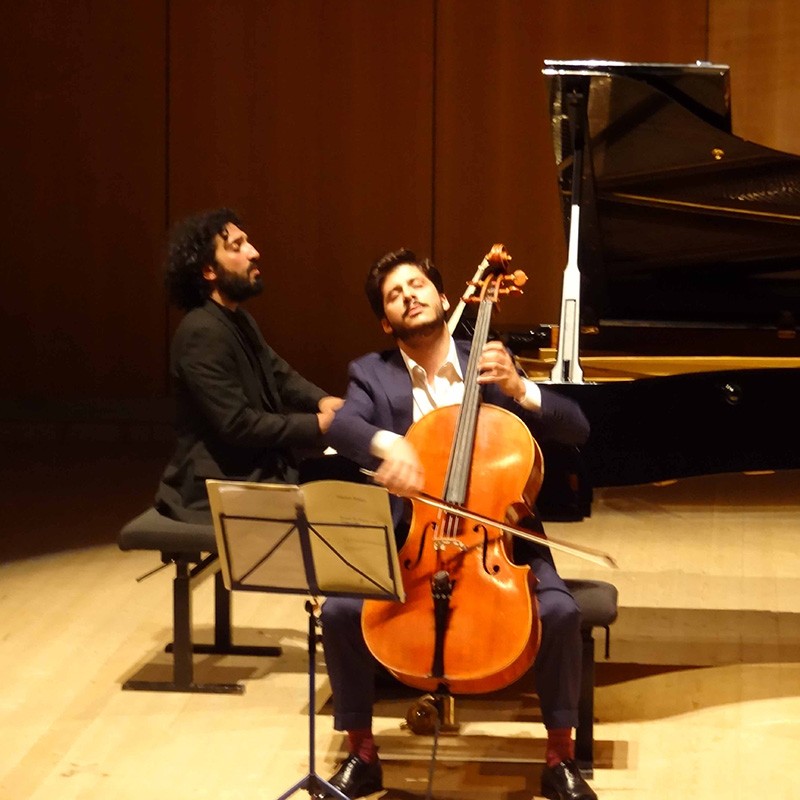 "In Flaine the tradition continues with two summer academies, including one supported by the Scaler Foundation, devoted to chamber music. Each course is accompanied by concerts in the auditorium that now bears the name of Eric and Sylvie Boissonnas."

Flaine music academy caters for all levels of musician, from beginner to expert. The academy offers a wide range of classes and teachers. Through expert tuition, students learn new techniques and different ways of interpreting their favourite pieces. The academy’s teaching philosophy is based on the exchange of ideas and so we bring in teachers from many countries: Russia, Germany, Egypt, Italy, Turkey, Switzerland, China, Korea and Japan.

The academy is under the direction of Bruno Latouche (former Deputy Director of the ‘Bains de Musique’) and José Alvarez (artistic director and violin teacher). The president is Michel Decoust (composer), while Laurent Petitgirard is honorary president and member of the Institute. The academy promotes the highest standards of musical accomplishment and classes are delivered by teachers from the most eminent schools in France and abroad. The academy prepares students who are embarking on professional careers or preparing international competitions, as well as catering for motivated amateurs and young beginners.

The ‘Musique à Flaine’ project was developed by teachers and organisers of the ‘Bain de Musique’ who wanted to create a prestigious music academy focused on chamber music. Eighty-four students, most of whom are young adults, participate in the event. Some musicians attend in groups. Since 2011, ‘Musique à Flaine’ and the Flaine Tourist Office have organised a week-long music event during the winter months.