The chapel in Flaine is ecumenical (multi-faith) and was designed by Marcel Breuer in 1973
Construction: Wood, slate
Interior design by Marcel Breuer: altar, benches, chandeliers.

A multi-faith chapel for a new vision…

“…Breuer’s overall plan for Flaine included a site for a chapel. The ideas of the Second Vatican Council were floating around and we decided that Flaine should be an example by providing worshippers with an ecumenical chapel.
Our first contact with the bishop of Annecy was in 1963, right at the start of the construction of Flaine. The bishop welcomed the project, but with a degree of caution… By 1968 the resort had been partially opened and was to be inaugurated the following year. The establishment of a centre of worship had become necessary. A commission headed by the bishop decided that a single building would suffice for all faiths and that it should seat seventy worshippers.
An American foundation funded the chapel on the condition that it would be truly multi-faith and open to Jews and Muslims as well as Christians of all denominations. It also had to be available for all kinds of meetings, debates, concerts etc.

The construction and usage of the chapel

“The chapel is built from wood and roofed with slate. For an art enthusiast it is a beautiful abstract sculpture. Breuer designed the interior, including the altar, the benches, the lighting and the various bronze chandeliers.
Like most alpine villages, the chapel has a bell tower. The bell sounds every half-hour and is also used for ceremonies. The chapel provides all the services you would expect from a centre of worship. Marriages are celebrated here - including that of one of our granddaughters - children are baptised, vigils are held for those killed while working or skiing at the resort, the catechism is taught, concerts take place and music students practice here. The founder’s wishes have been respected.”

“The chapel’s design differs slightly from the massive, austere architecture of the rest of Flaine. It has an artistic touch to it; a volume broken in two with a pointed bell-tower rising from the fault-line. Covered in slate, it is a classic example of Breuer’s powerful and poetic architecture, a style devoted to the sculptural properties of concrete.”

The chapel mainly celebrates Catholic mass and welcomes worshippers from the Reformed and Anglican churches. A few marriages and baptisms are celebrated, concerts are organized and even some conferences. Classical music academy students use the chapel intensively during the summer months. The bell still sounds every half hour between 8am and 8pm, but its mechanical clock was recently replaced by an electronic one. 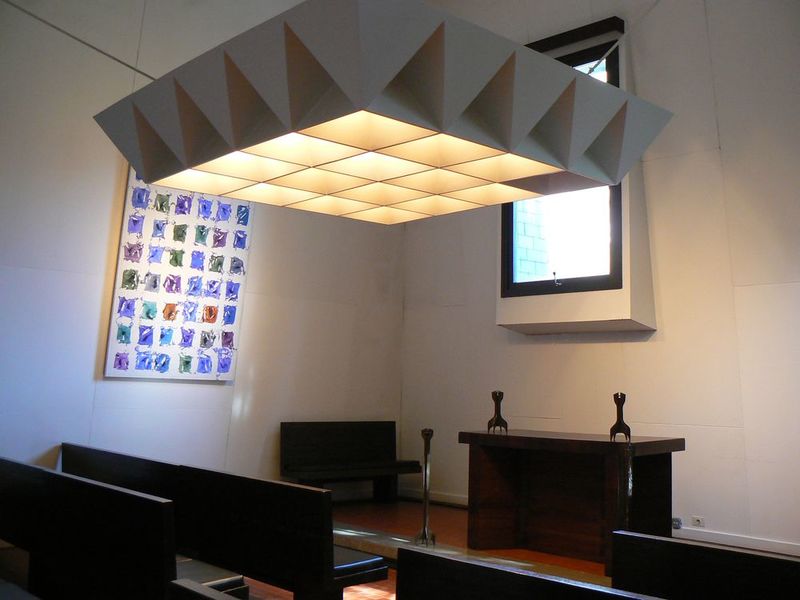 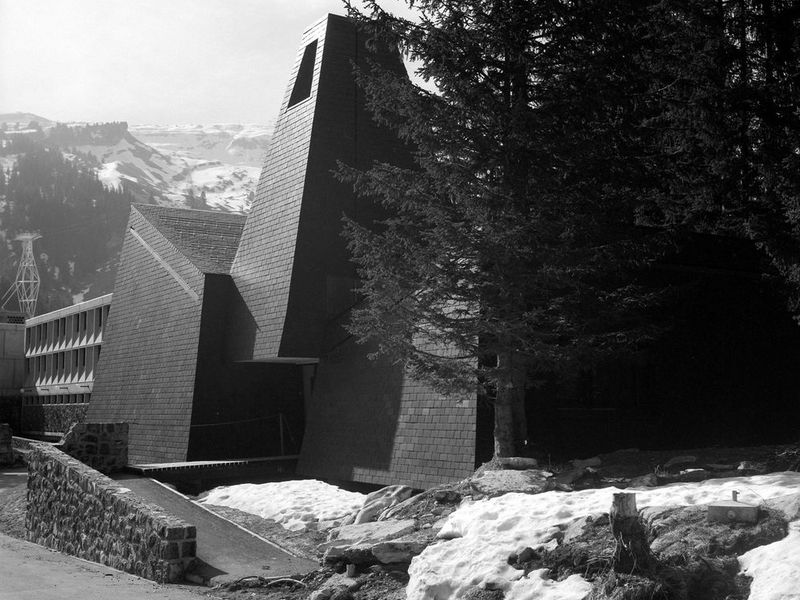 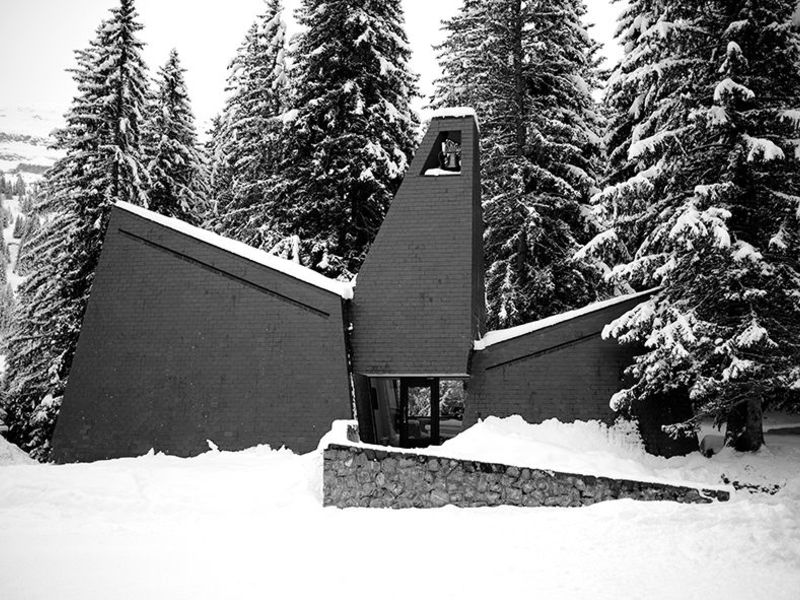 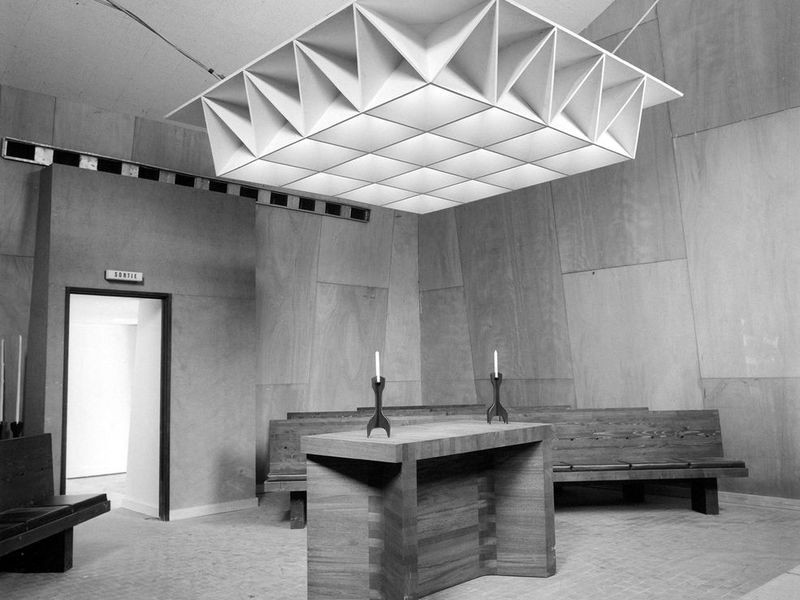 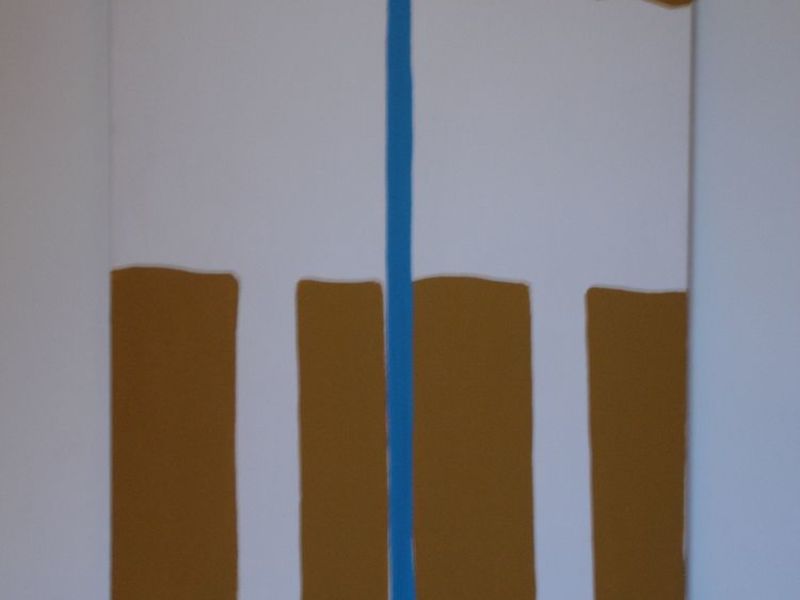 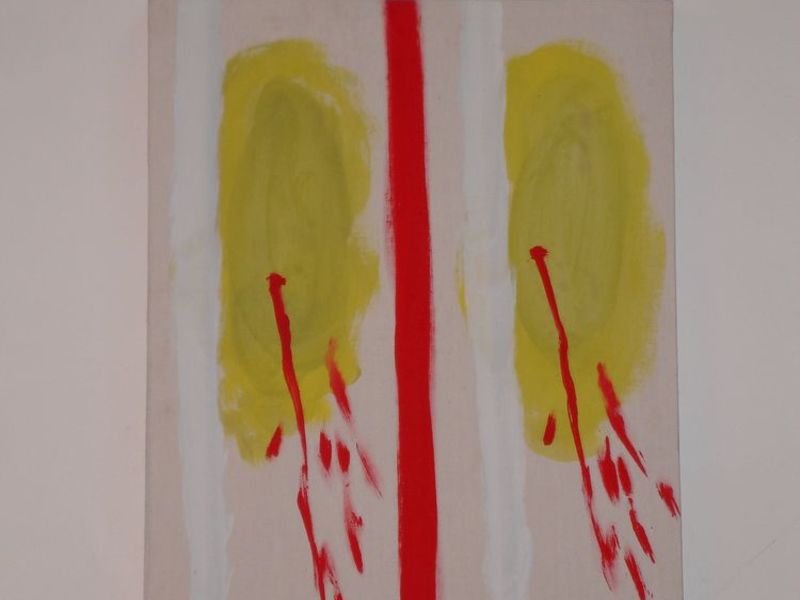 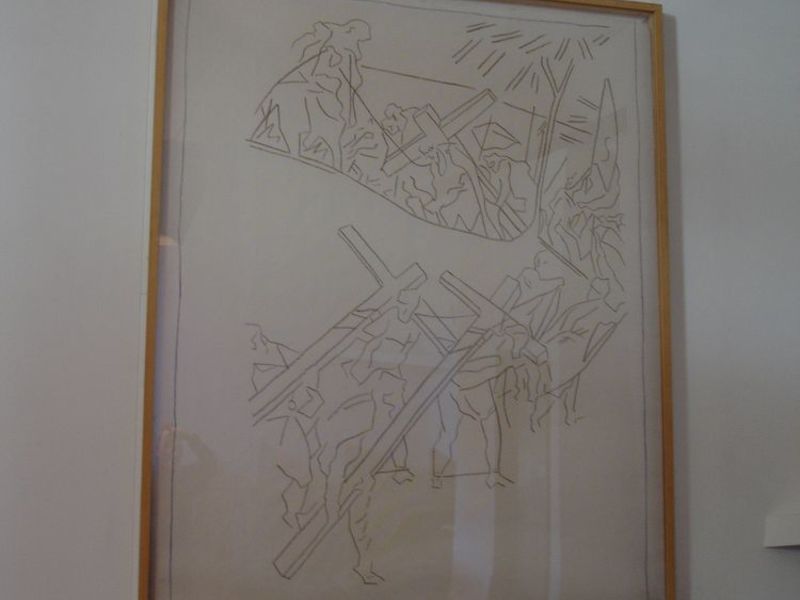 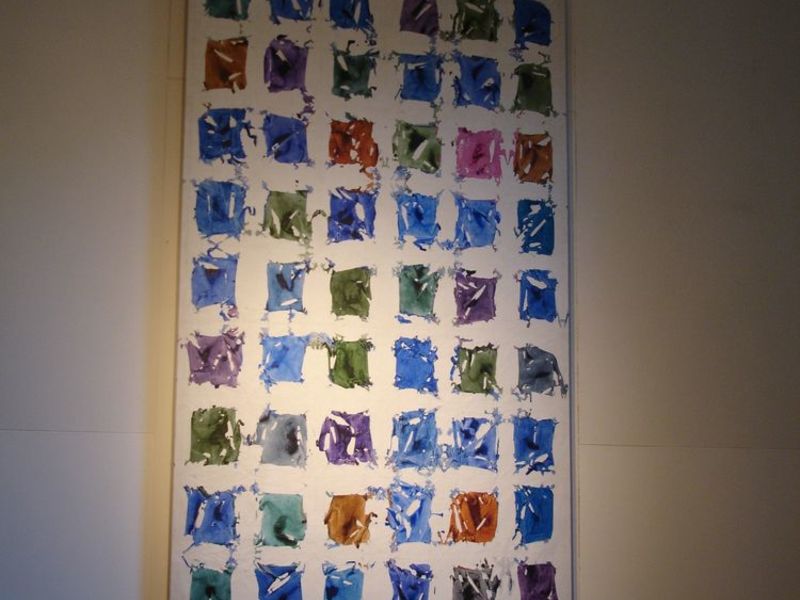 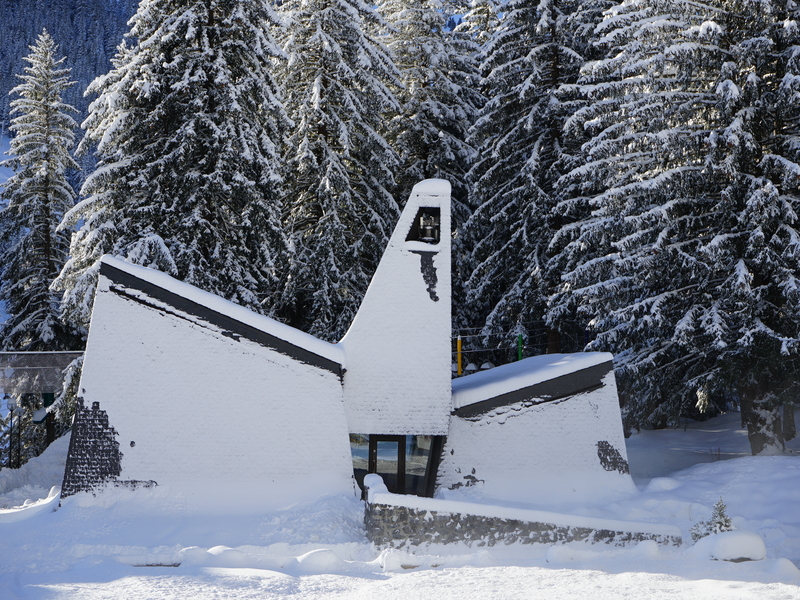 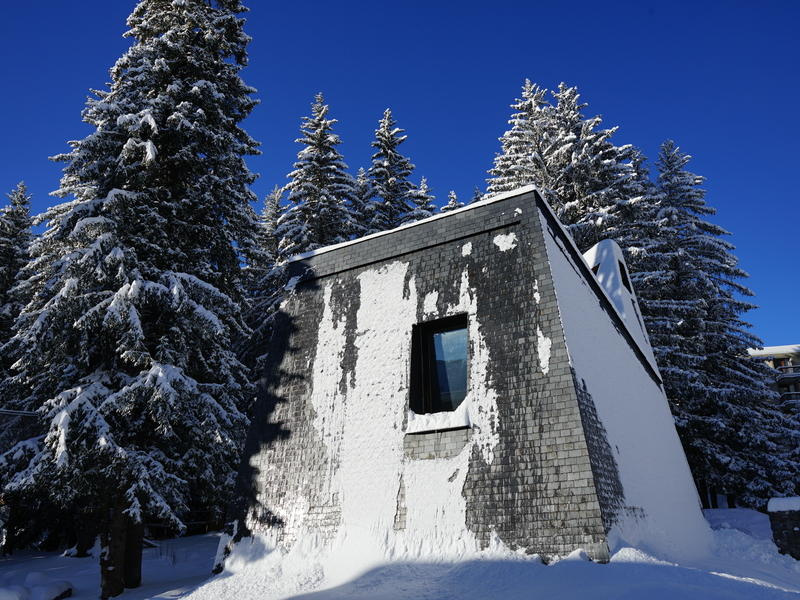 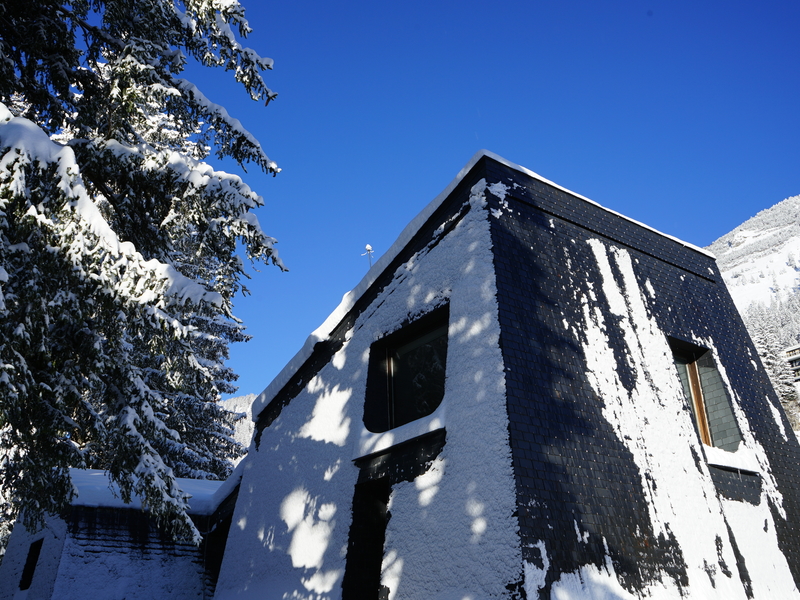 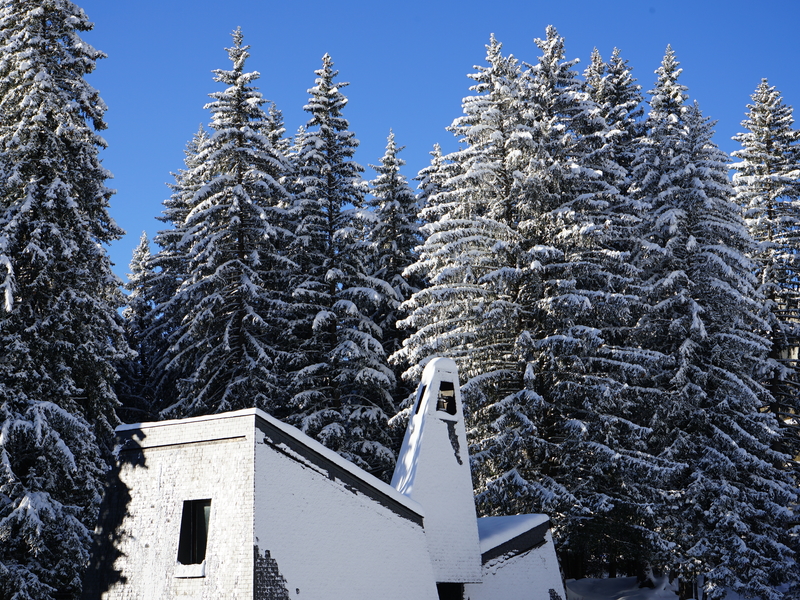 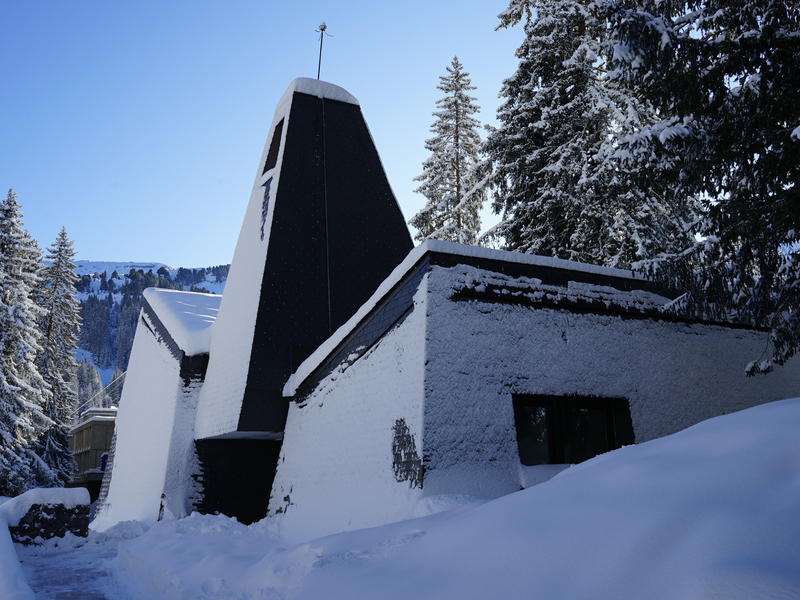