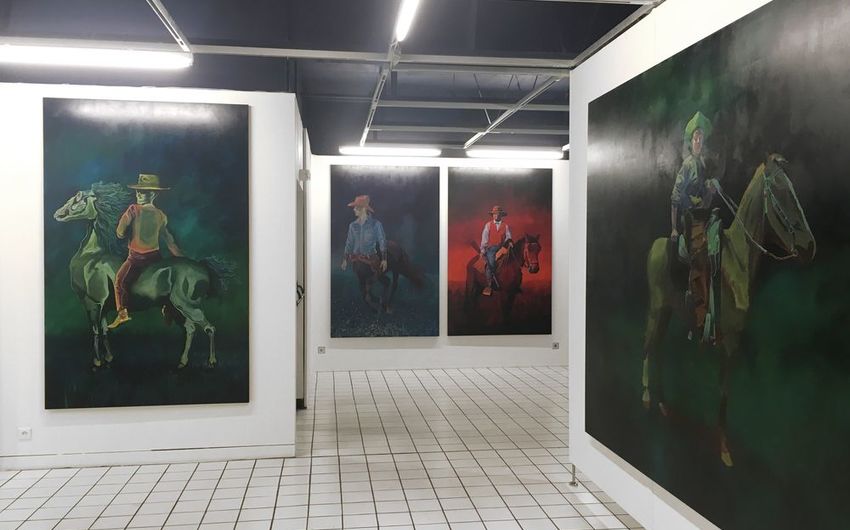 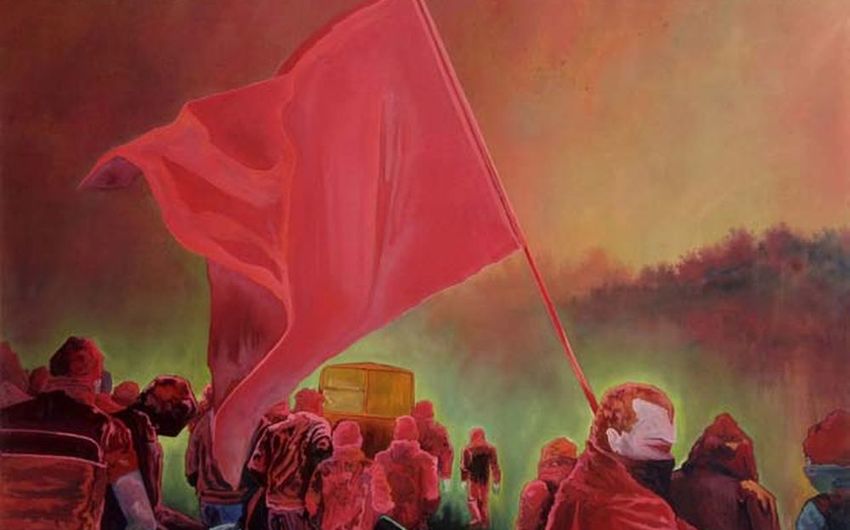 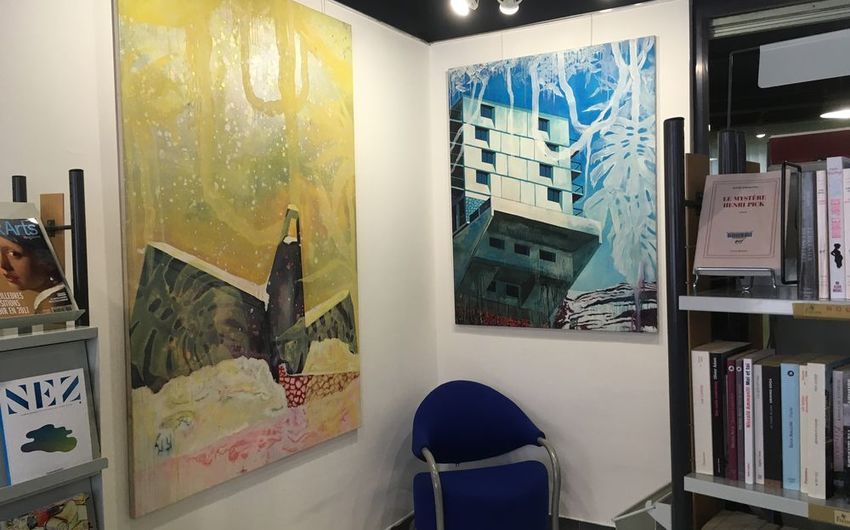 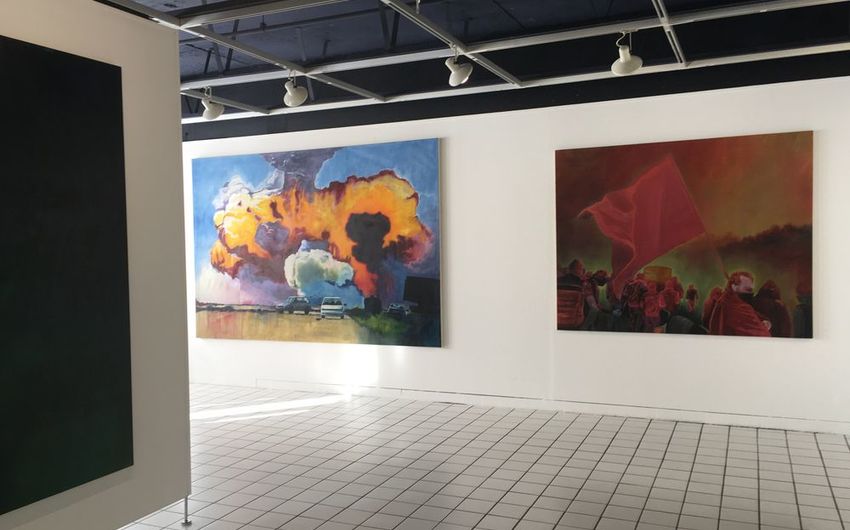 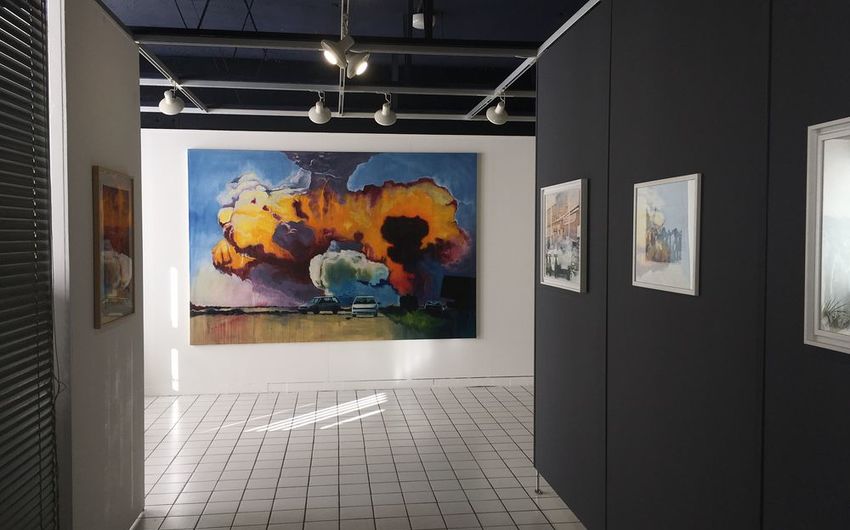 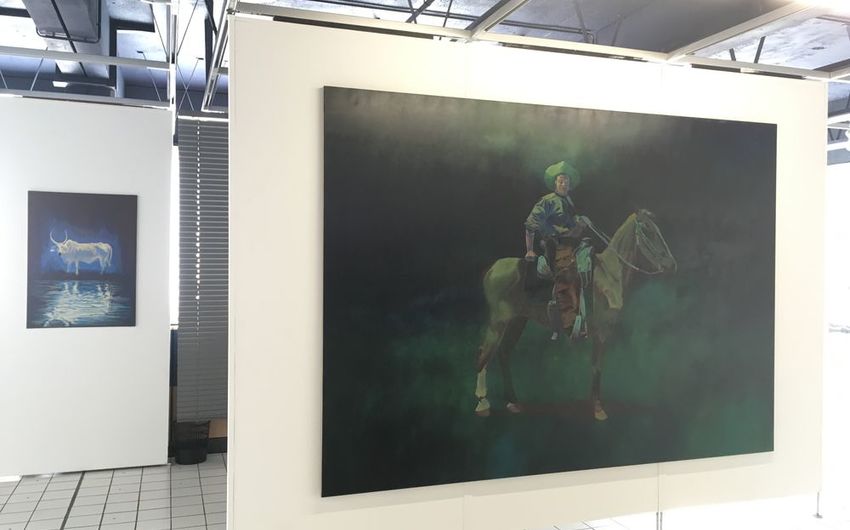 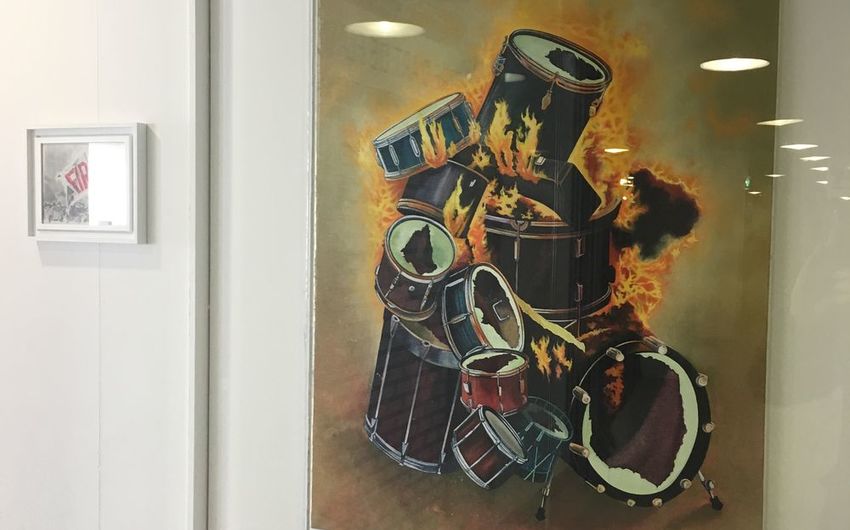 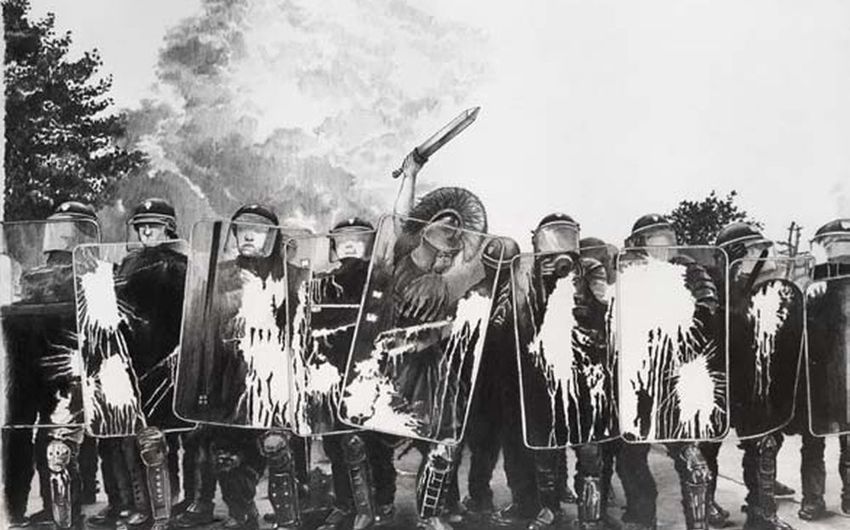 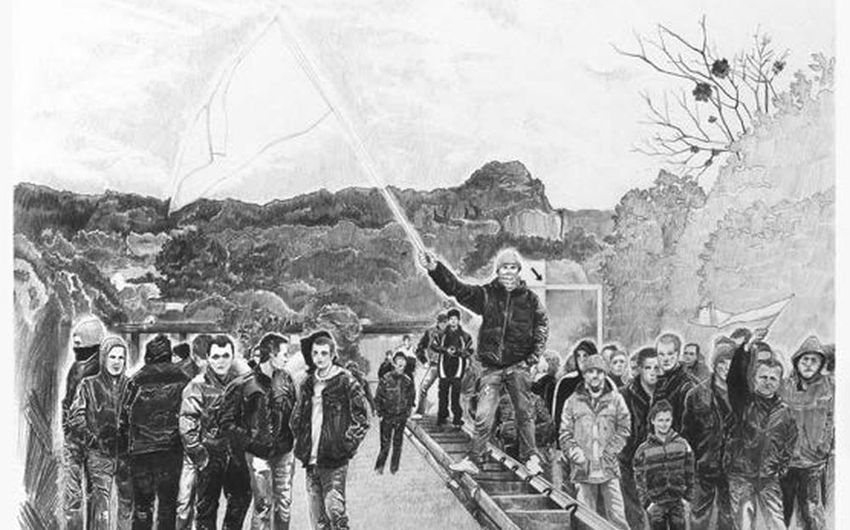 Today, we don’t burn instruments . Yet a year ago, a pile of them was set ablaze in the name of a god, and the photographs of hooded men facing the flames circulated widely in the media.

Removed from their context in La Mélodie de Dieu (“The melody of God”), the drums blaze in a pyramidal shape characteristic of religious paintings. Gesture and technique take control of the image. Oil produces the colours and materiality necessary to make the composition exist as a painting rather than an archive image.

In his large format painted works, as well as his graphite drawings, Johann Rivat makes use of imagery from our daily lives. The compositions are familiar and the subjects are known, but precise identification is impossible. It is not the event itself that interests the artist, but rather the position of humankind. Once Rivat has selected the image, he recomposes and decontextualizes it to go beyond the notion of discourse and open it up to personal observations on the universal. Before being members of a group, humans are individuals who can rise up through their choices and actions.

For Johann Rivat, painting is the object of his resistance, at least until the day comes when we end up burning brushes.