Originally from Hungary, Victor Vasarely was naturalised in France in 1961. His works are unique in the history of 20th century art. He gained recognition whilst still alive, creating a new style based on expressing movement through the optical illusion of painting and mathematical principles of composition (Op Art = optical or kinetic art). His works are characterised by principles of logic, whether that be the evolution of his graphics, or his determination to promote art in a socially inclusive way. He saw conceptualised art as something that could be done by anyone.

Eric and Sylvie Boissonnas commissioned ‘Trois Hexagones Polychromes’ from Vasarely in homage to the Bauhaus architectural style which utilises the three primary colours. It sits on top of the shopping centre like a signal at the entrance of the Forum. Vasarely uses multiple squares to give us the impression of seeing cubes inside cubes, but this is only an illusion of depth on a two-dimensional surface.

Find out more about the artist and his works at: https://www.fondationvasarely.org/centre-architectonique/victor-vasarely/ 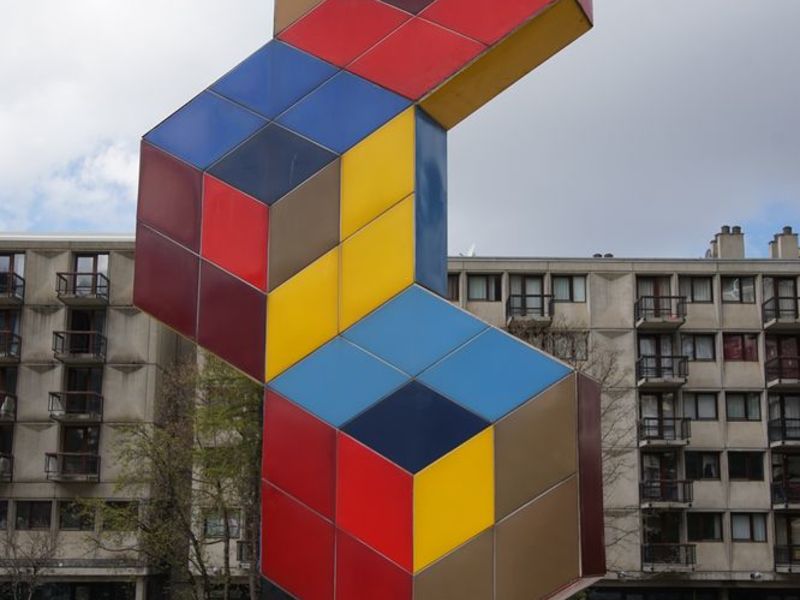 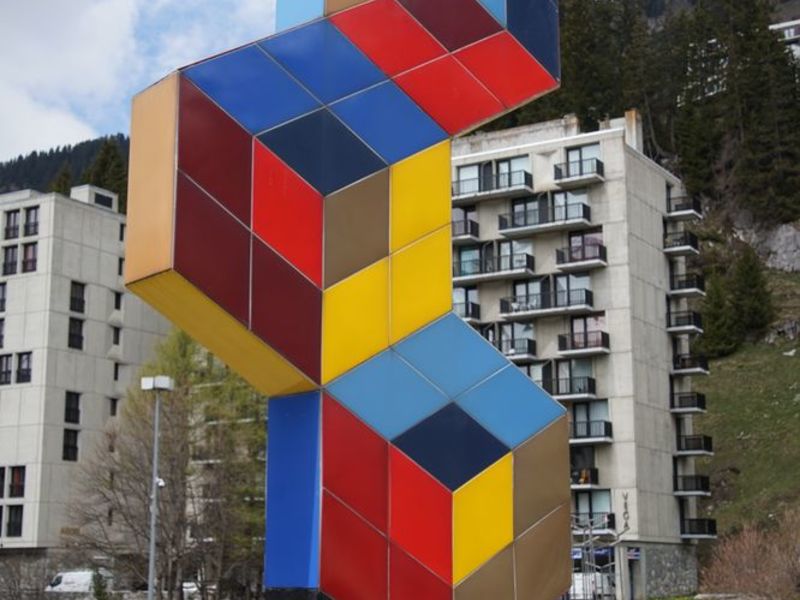 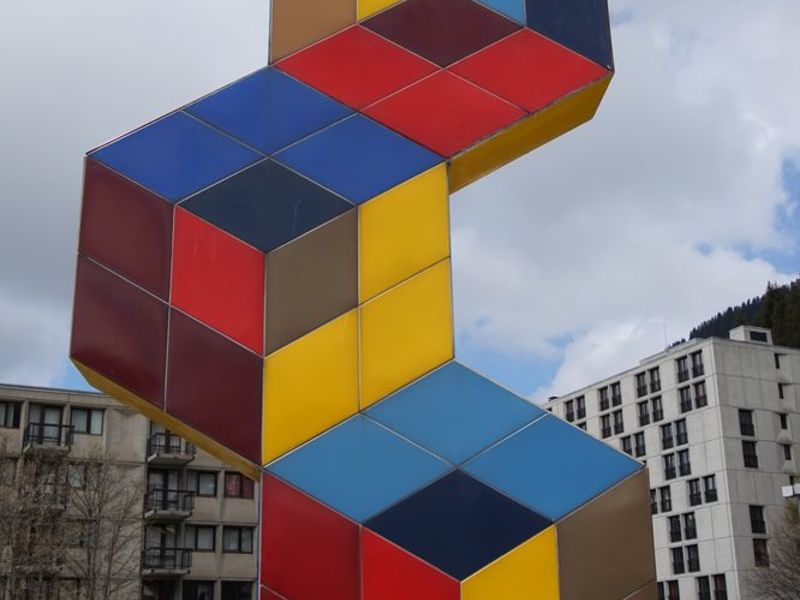 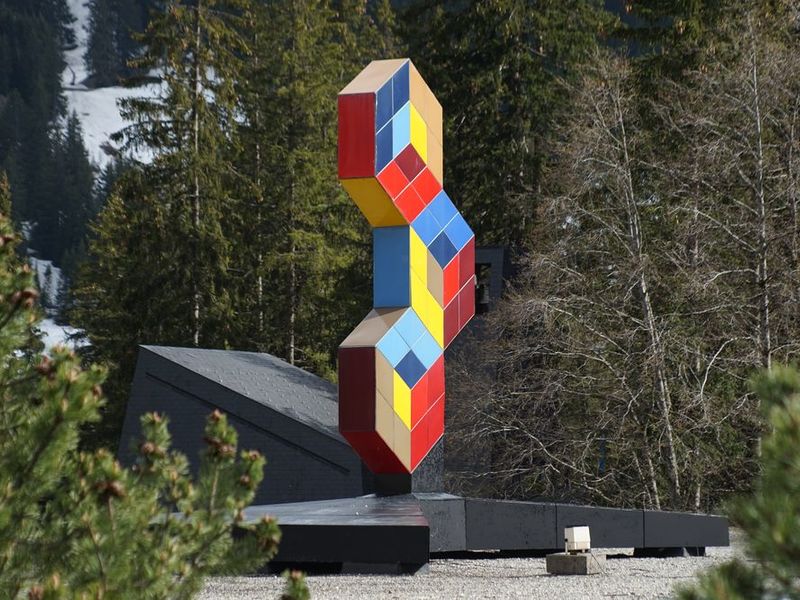 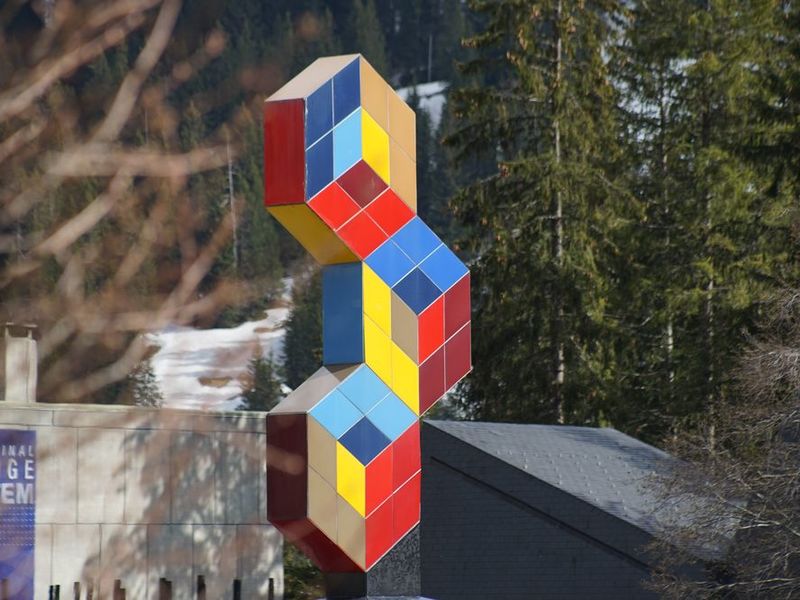 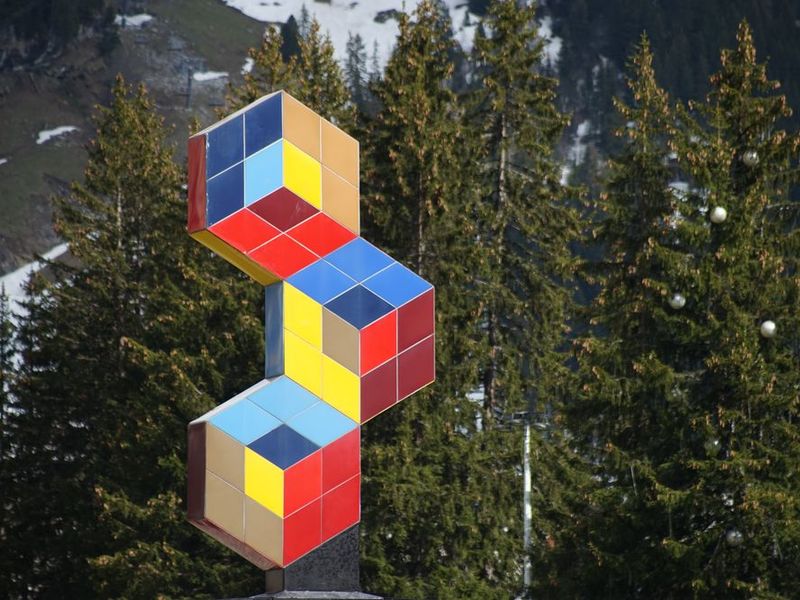 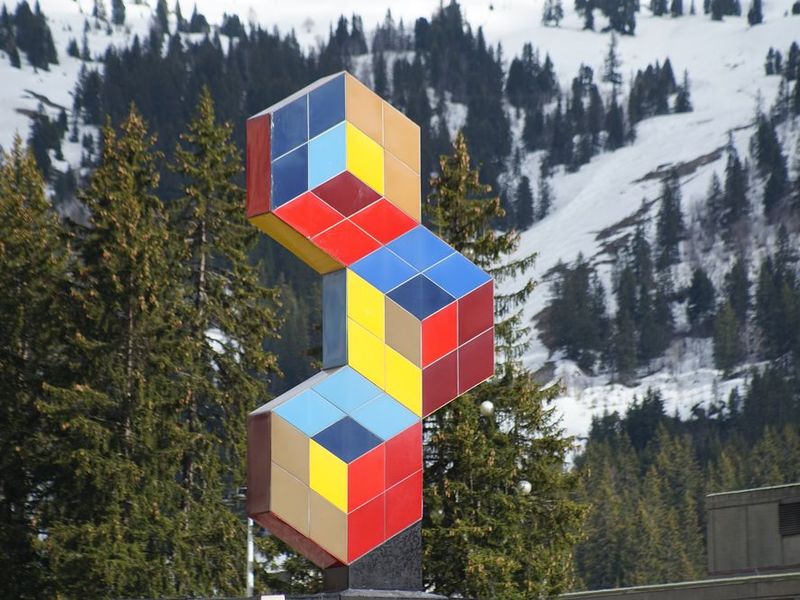 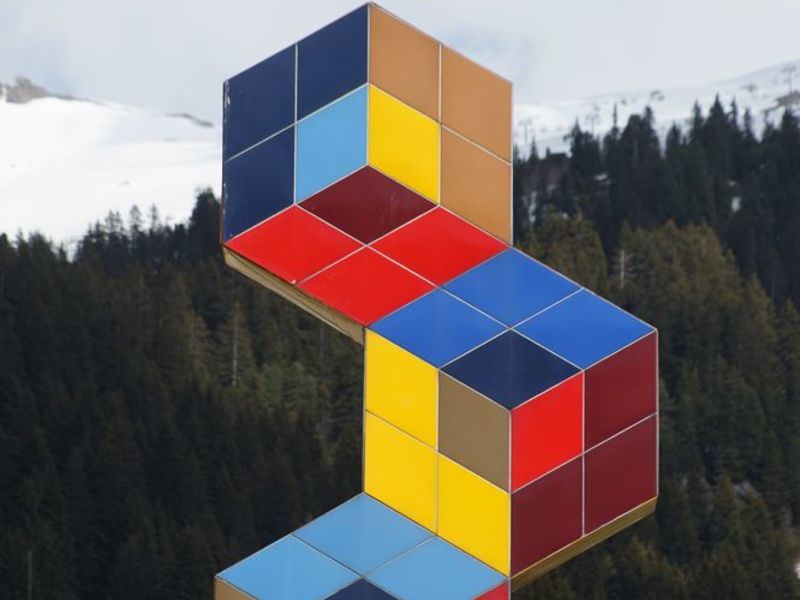 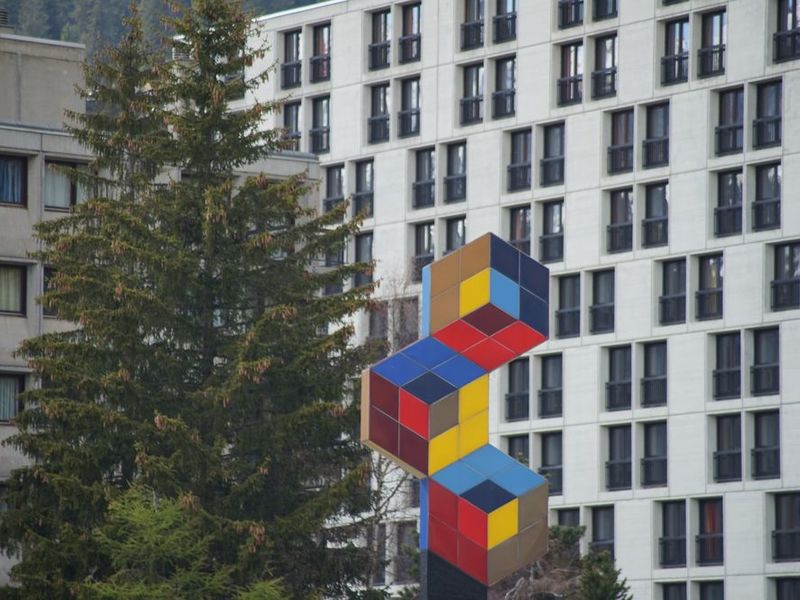 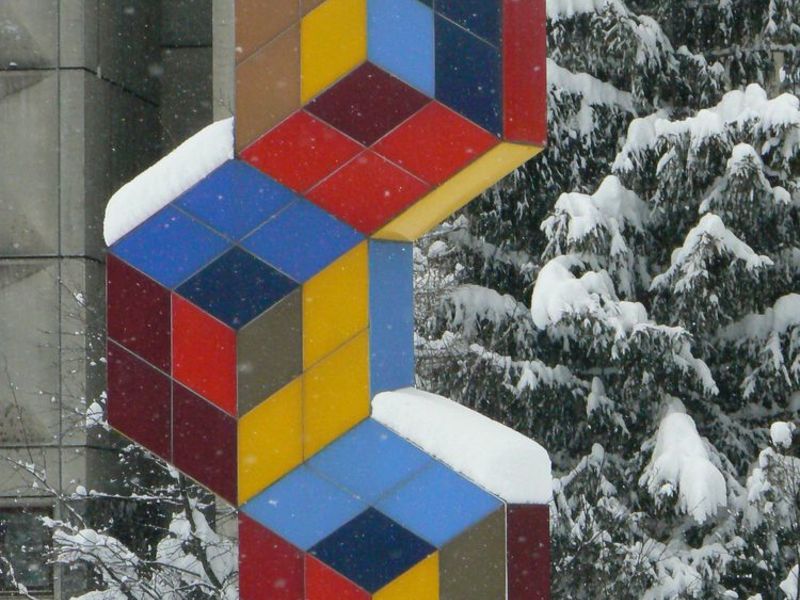 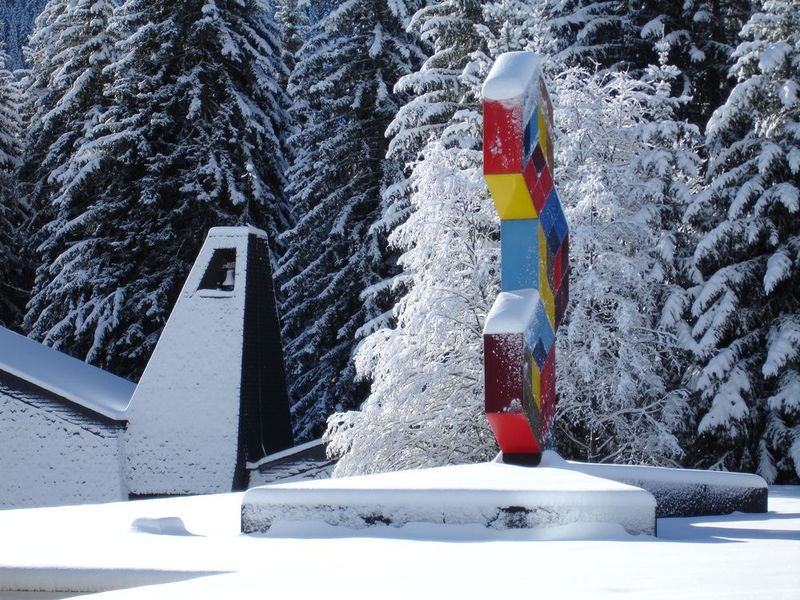 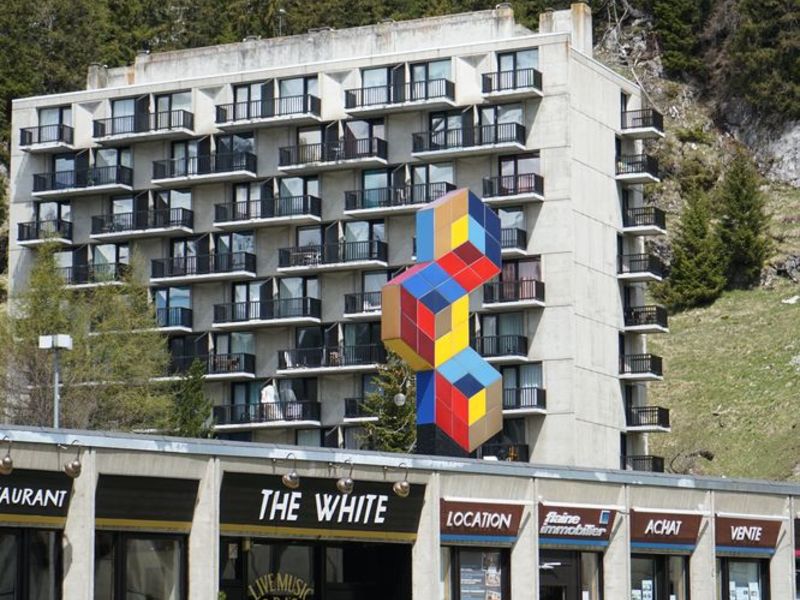 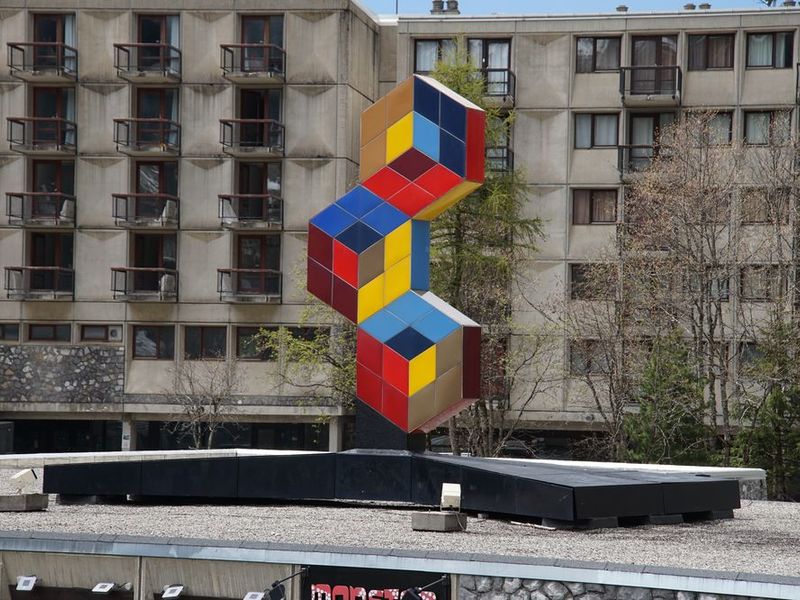