Large version of the original small model (about 80cm) created in 1957, belonging to the Picasso Museum in Paris.  Construction, 1991. Height 12m.

Gift of the Scaler Foundation (foundation created in the 50s in the USA by Eric and Sylvie Boissonnas for their cultural, artistic and educational philanthropic activities). Collection of the National Museum of Modern Art, Georges Pompidou Centre, on deposit at Flaine.
© Picasso Estate

A Spanish painter, sculptor, ceramist and engraver, Picasso spent most of his life in France. He went through many different phases; inventing cubism with Georges Braque and working on surrealism and expressionism, before eventually becoming post-modern. He was a true 20th century genius, becoming a living legend through his creativity, his productivity, his inspiration and his political engagement.

“I wanted to paint things as we think them, not as we see them.”
Picasso spent his artistic life finding new relationships between surfaces and volumes, between two and three dimensions.

In 1967, Eric and Sylvie Boissonnas met Pablo Picasso and agreed to enlarge a ‘Woman’s Head’, which had been exhibited in Paris, with the objective of erecting it in Flaine near the Totem Hotel. The enlargement was carried out during the 80s. The sculpture replicates the colour, relief and substance of Picasso’s paintwork in an illusionist style. An ode to cubism, it offers several different viewing angles that skiers can discover in winter when heading out to the pistes from the Forum.

Find out more about the artist and his work, at: www.picasso.fr/en/ 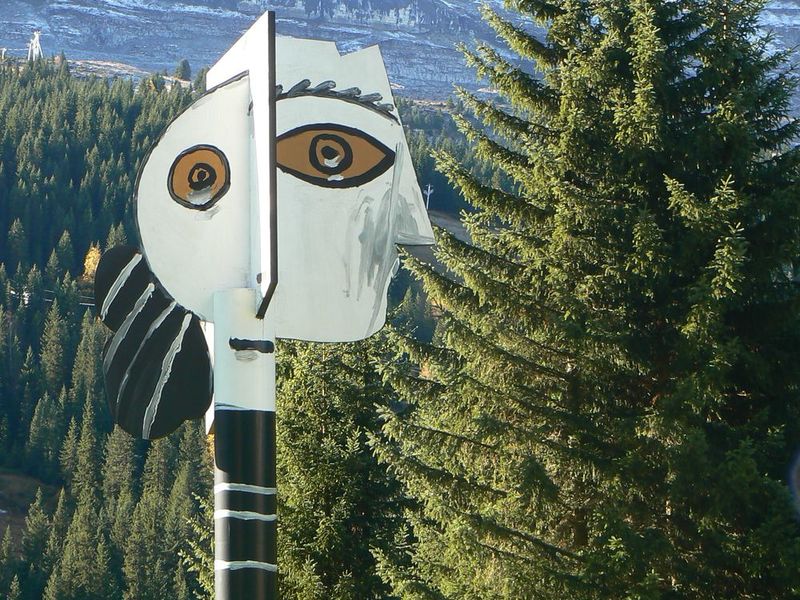 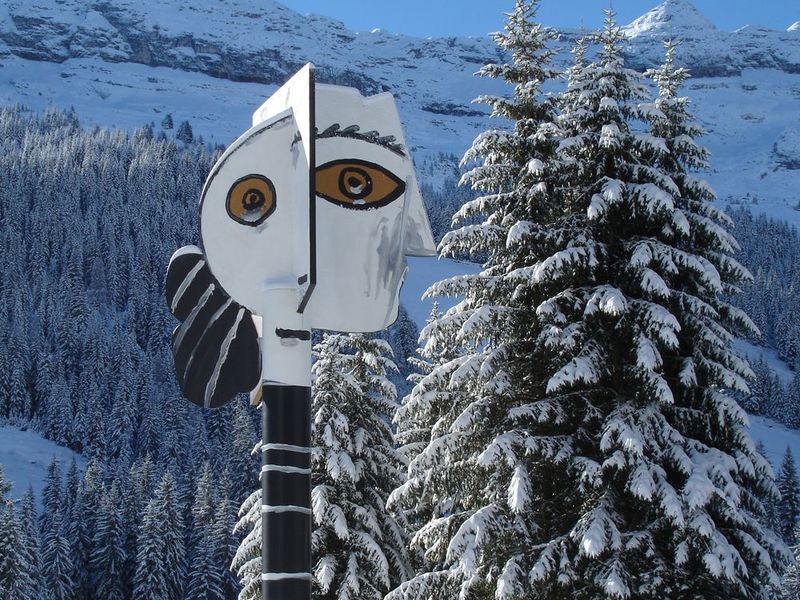 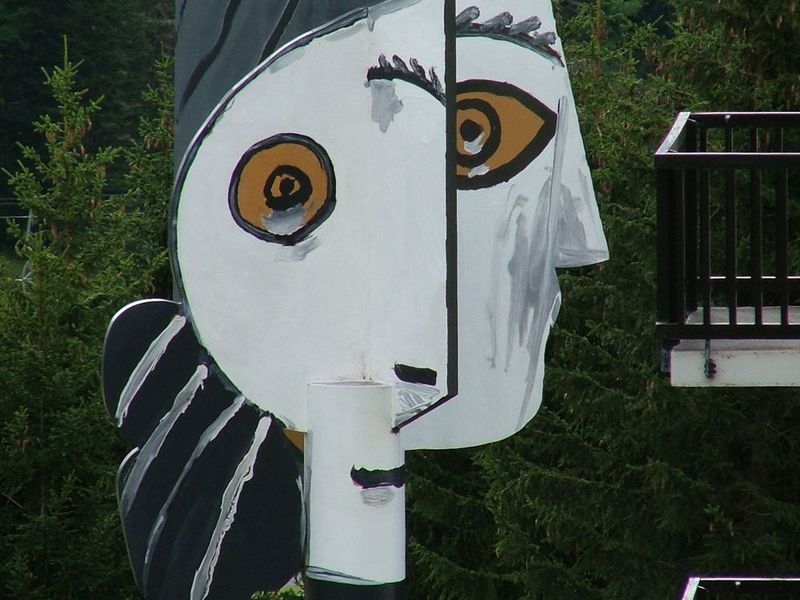 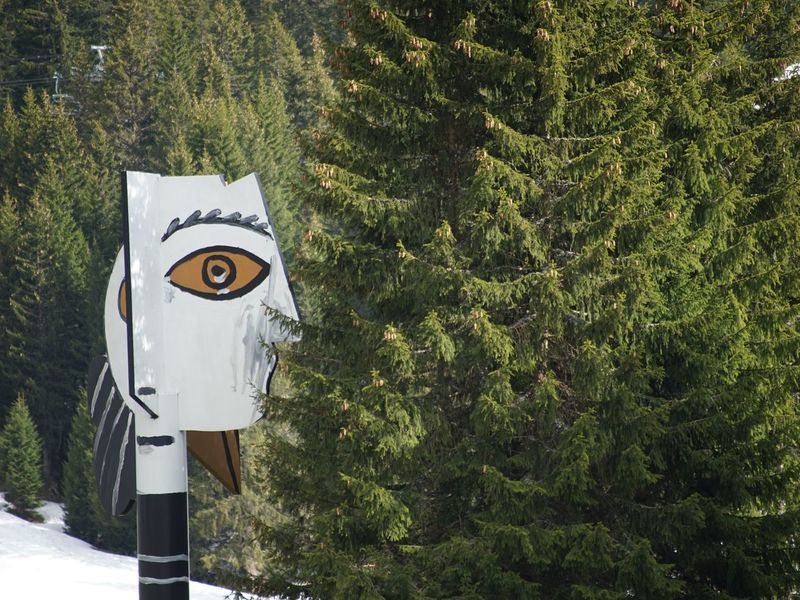 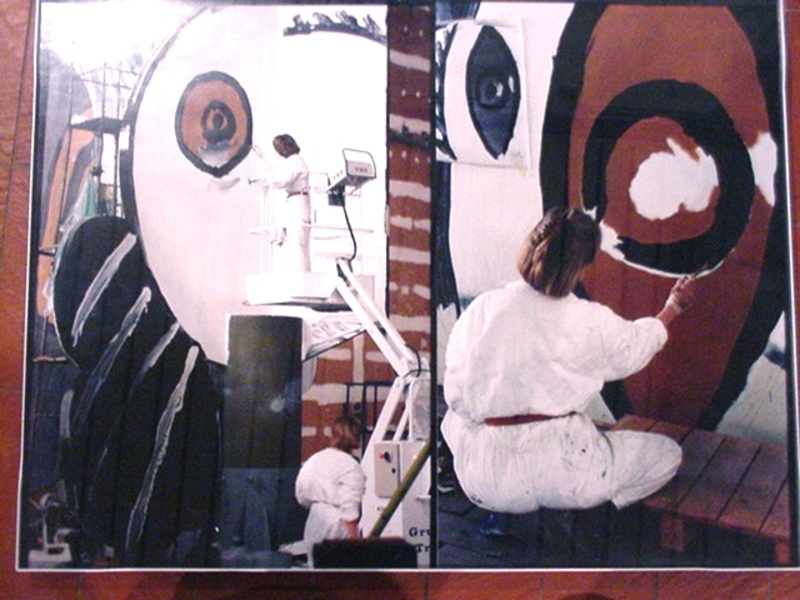 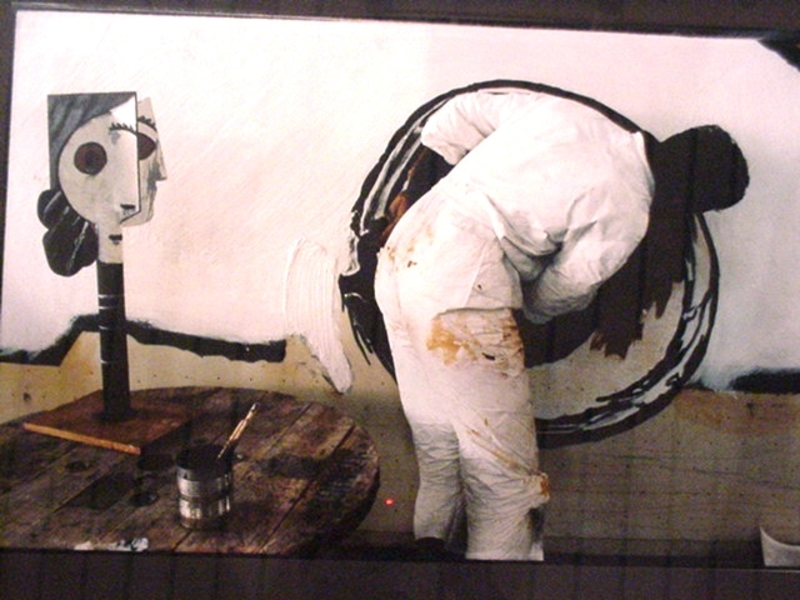