Classified in the supplementary inventory of historic monuments

Le Flaine was the resort’s first building and the synthesis of the thoroughly modern style also seen in its other buildings.

The facades are rigorously designed and make the most of the sunshine here. Each component, whether a base of local dressed stone, balconies, openings, wooden frames or diamond motifs, was integrated thoughtfully and with a strong sense of rhythm, based on alternating recesses and protrusions, vertical spans and horizontal bands.

Concrete, precast in the valley, nobly asserts itself and deliberately turns its back on the mountain tradition. Cast in metal moulds making unusual sizes possible, it is free of the usual grain marks left by wooden shuttering.

The result is aesthetically pleasing, being highly sensitive to changes in light and smooth to the touch. The other distinctive feature of this hotel is its sun deck, defying the cliff which it overhangs. This perfectly mastered technical achievement allows the building to extend beyond the base formed by the rocky cliff on which it rests. This way of dealing with a sudden change in terrain was an opportunity for Marcel Breuer push the bounds of the possible. Logic would have dictated that its construction followed the curve of land along the ridge. He chose, however, go against nature by presenting the opposite side of the hotel to the ski area. The effect is striking and unique. 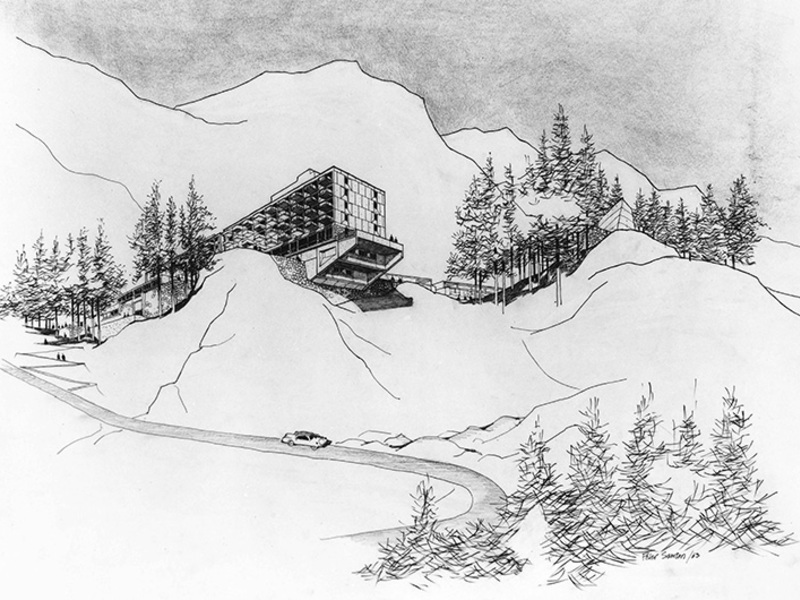 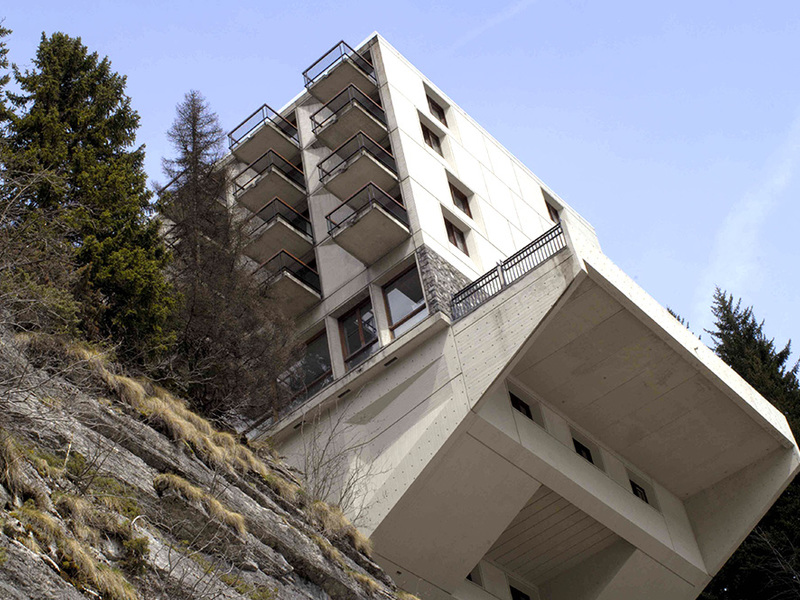 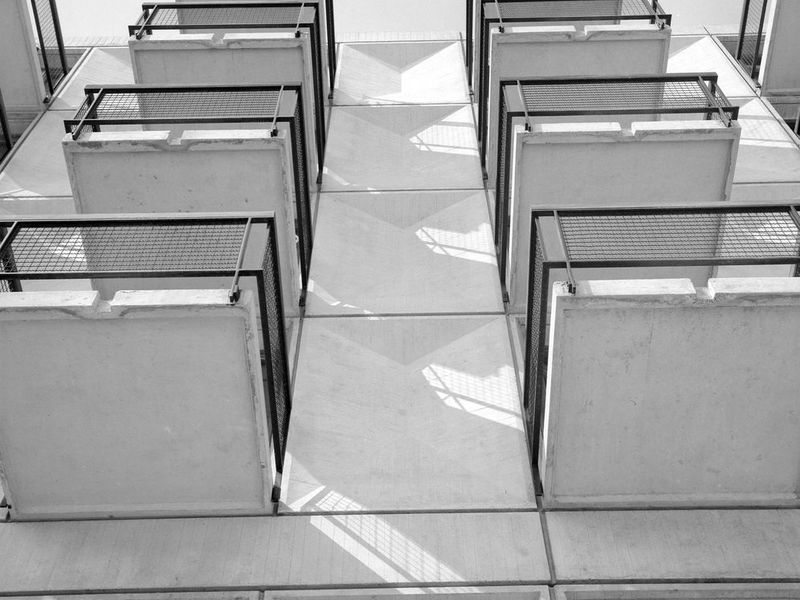 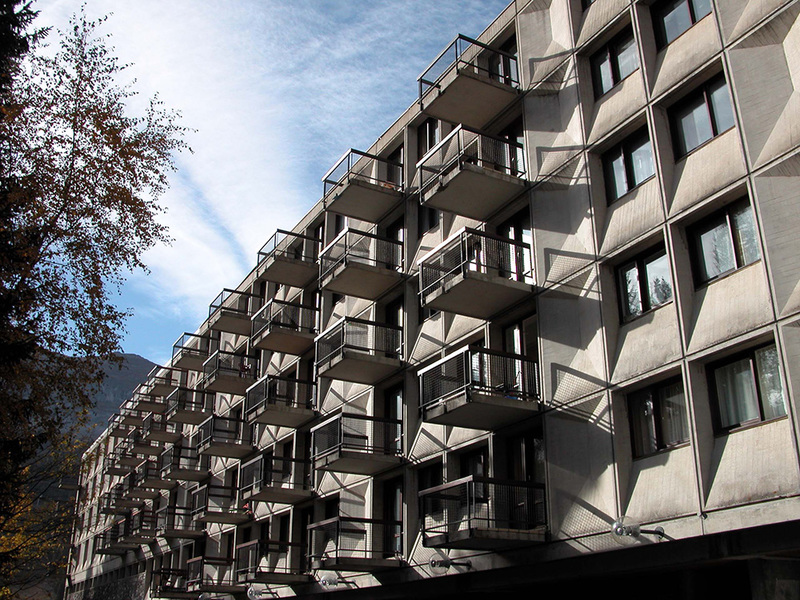 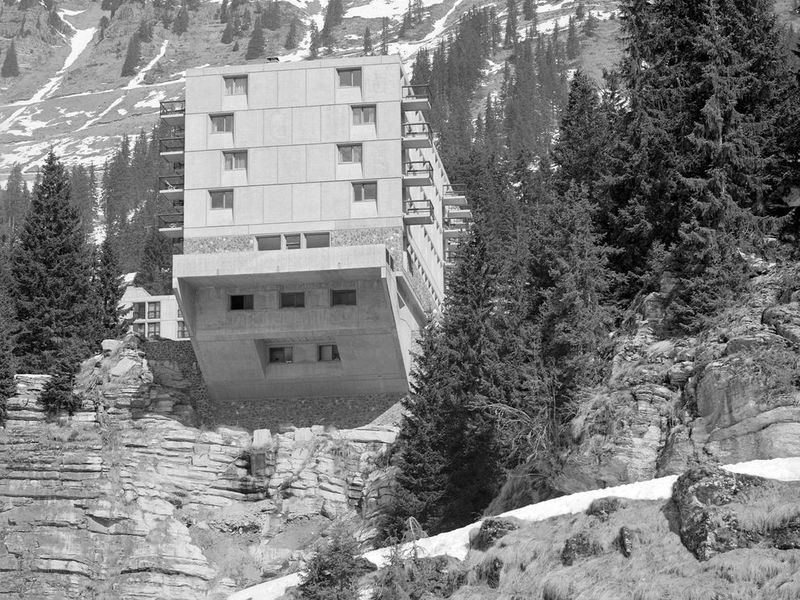 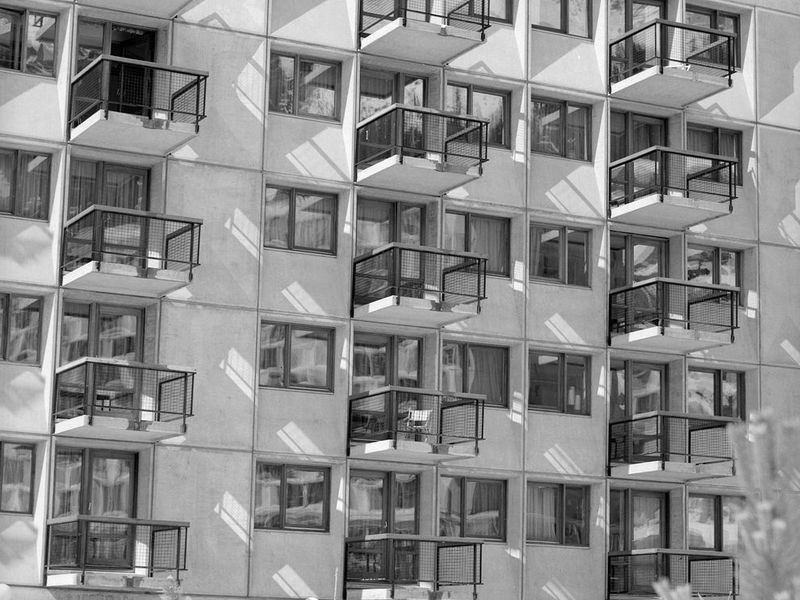 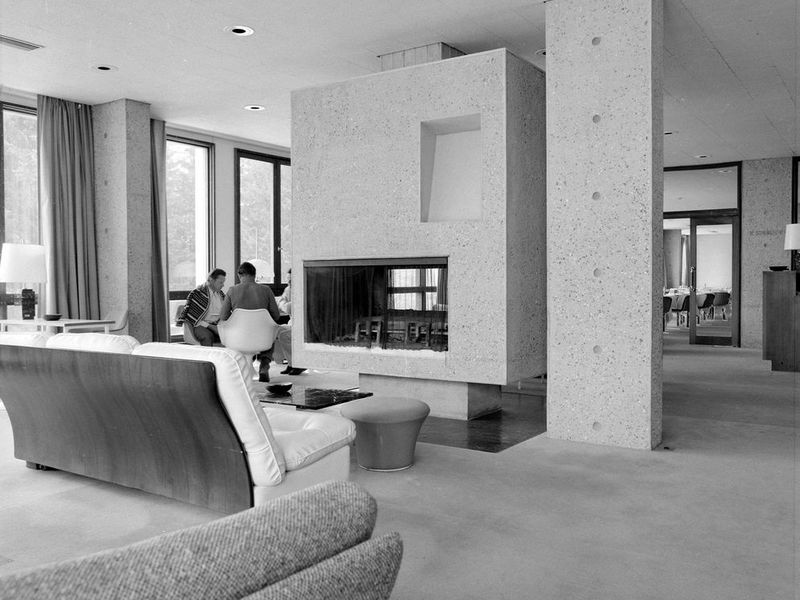 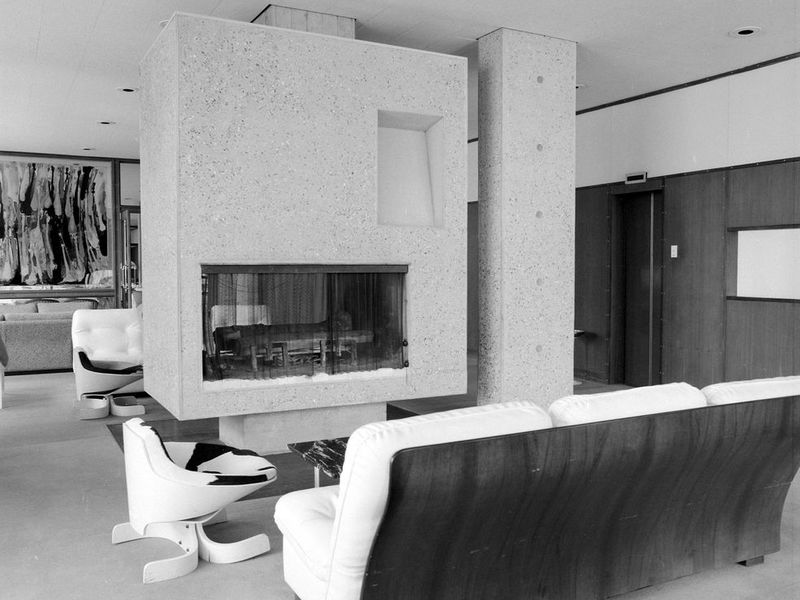