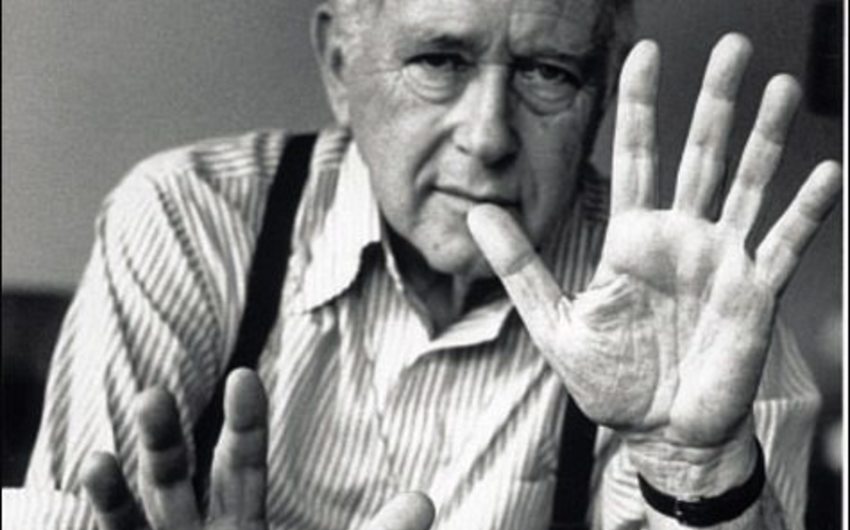 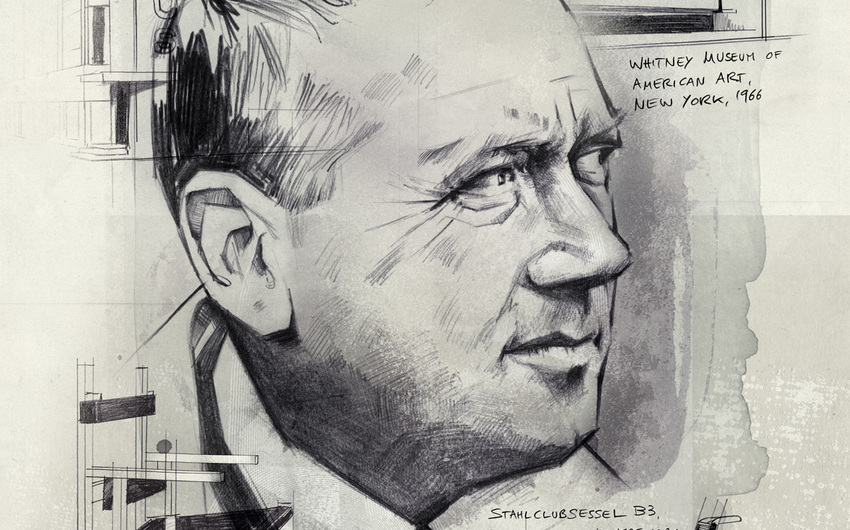 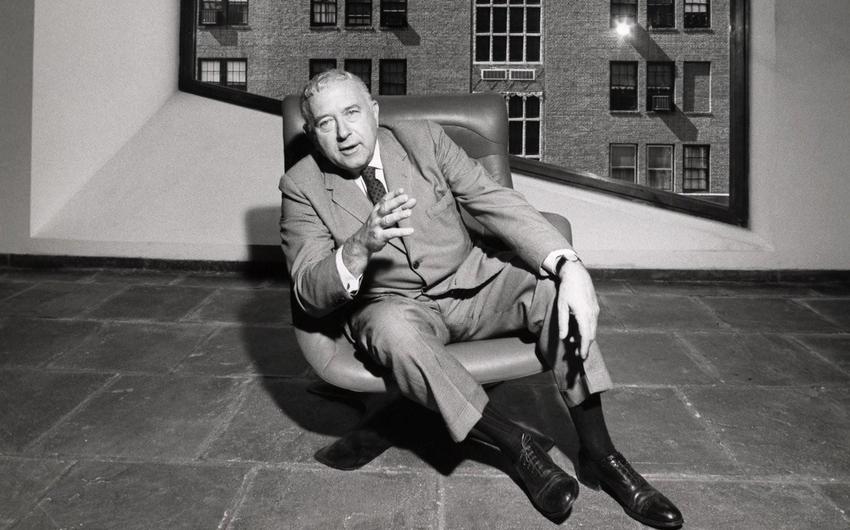 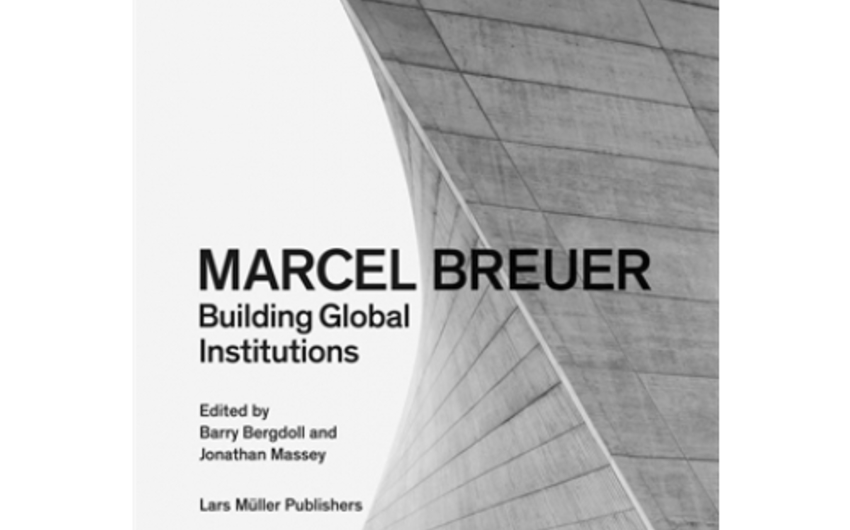 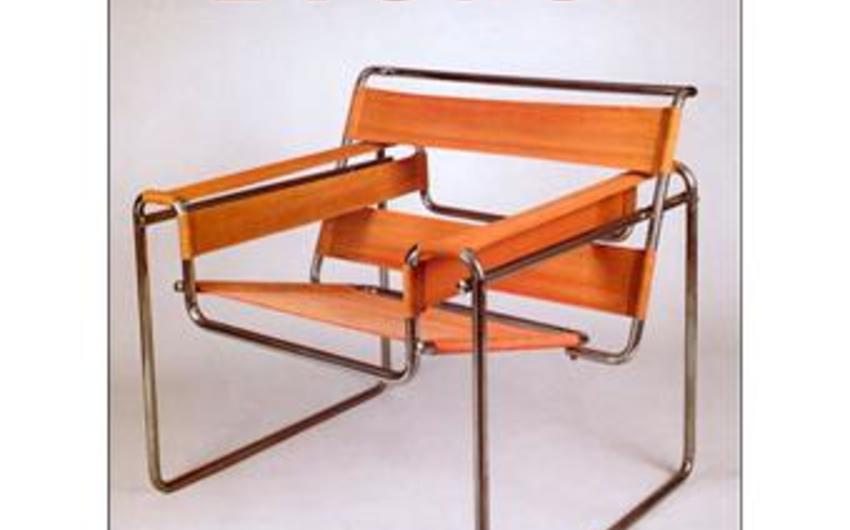 THE UTOPIA OF FLAINE: PORTRAIT OF MARCEL BREUER

The Utopia of Flaine

Over the Atlantic, Eric and Sylvie Boissonas were attuned to the architectural trends of the American avant-garde : people like Marcel Breuer, Richard Neutra, Philip Johnson, Mies van der Rohe and Rudolf Schindler. They entrusted the construction of their home at Cap Bénat to Philip Johnson who, like Marcel Breuer, was living in their neighbourhood in New Canaan, Connecticut. From the beginning of his project, Eric Boissonnas had Marcel Breuer in mind to design the future ecumenical chapel at Flaine. He admired "his talent, his self-questioning approach, his ability to see immediately what he can draw from a new technique, and also, very importantly, his warm human touch that would make his cooperation with French planning architects possible." E. Boissonnas, Ibid.

Marcel Lajko Breuer was born in Pecs, Hungary. At 18 he won a scholarship to study at the Academy of Fine Arts in Vienna but soon chose to follow the less academic courses of the new Higher School of Art at the Bauhaus in Germany, headed by the architect Walter Gropius. In 1925, having completed his apprenticeship, he spent time in Paris and then returned to the Bauhaus as a "young master" and led the carpentry workshop. In addition to painting and his research on modular systems of prefabrication in architecture, he explored a new style of furniture, steel tubes with a flexible seat, and the famous Thonet edition of the Wassily armchair (in tribute to Kandinsky, who was teaching at the Bauhaus). In 1927 he founded a company in Berlin to market his furniture, which he wanted to mass produce and, leaving the Bauhaus the following year, opened his own architect’s office. But Germany was in economic crisis. His projects and the competitions he entered came to nothing. He earned his living creating the interior design for apartments and continued his research on metals used in furniture. The year 1931 was spent touring southern Europe and Morocco by car. He also received his first orders for private houses. In 1933 he left Germany and established an office in Budapest with two colleagues. Two years later he emigrated to London and opened an office with the architect F. Yorke. His plywood furniture was distributed by the Isokon company, he continued his research on cellular housing and, most importantly, built his first Y-shaped concrete structures with prefabricated materials, precursors to his future works.

In 1937 Walter Gropius invited him to join him in the United States to teach at the School of Architecture at Harvard University near Boston, where he would teach for nearly 10 years. Concurrently, for four years, he headed an architectural firm with the former Bauhaus master. They built ten buildings, experimenting with simple solutions and aesthetic technology. The timber frame construction (balloon frame) of American homes was of particular interest to him and he developed it with his own approach. Load-bearing beams, large windows, cantilevers, and granite and slate played a role in his constructions. In 1946 he left Harvard for New York. His style was well received and he built many houses. In 1948 he created a show house for the Museum of Modern Art (MoMA). Marcel Breuer had a house in the same Connecticut village as Eric and Sylvie Boissonnas, and friendships were forged. In the late forties, he concentrated on large housing developments, a subject that had always fascinated him, as well as public and industrial buildings. His research on the prefabrication of concrete was highly accomplished : three-dimensional moulding, facades of hollows and projections, variations of light and rhythm. His reputation was international. In the years 1953-1954, at his offices in New York, MBA, he worked with Herbert Beckhard, Robert F. Gatje and Hamilton Smith. (Tician Papachristou joined them in 1965.)

In 1960, the Boissonas showed Marcel Breuer the site at Flaine, where he built his only winter sports resort. He worked there until he retired in 1977, all the while pursuing major projects in Europe and the United States. On 30 November 1960 Marcel Breuer was chosen by the Boissonnas group. In the helicopter that took him to Flaine for the first time, he said : "What a wonderful site! How do we avoid spoiling it?"