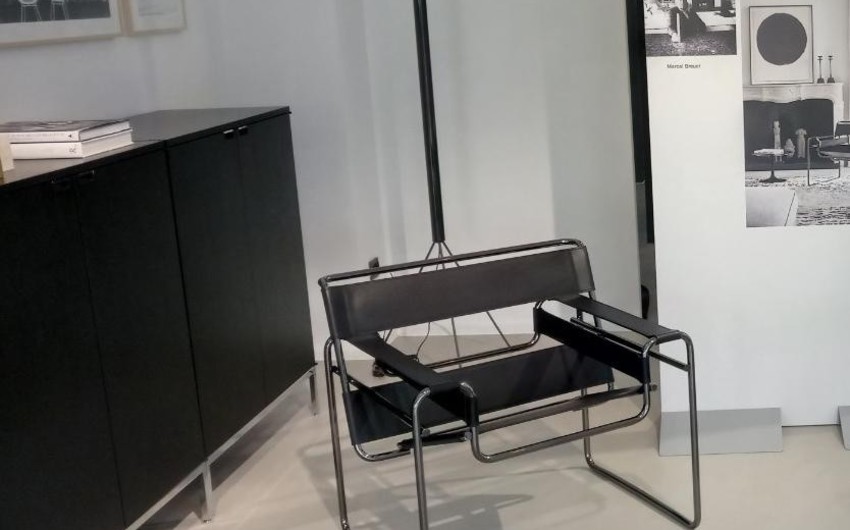 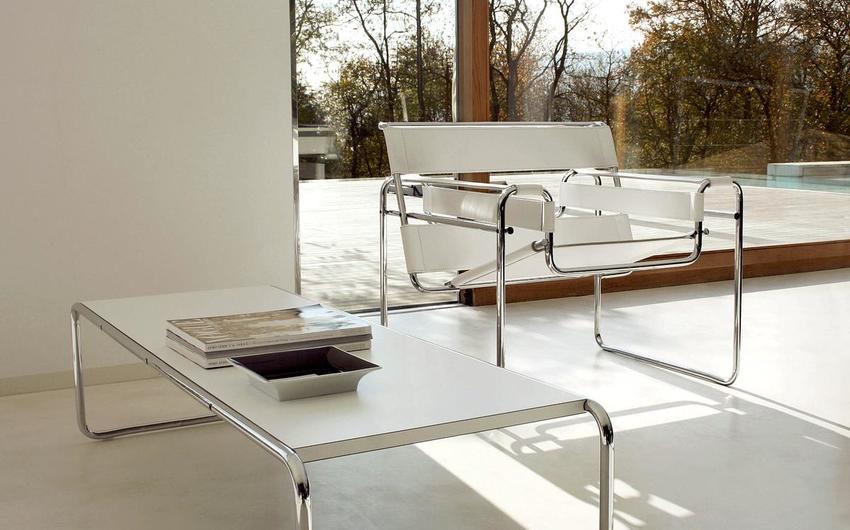 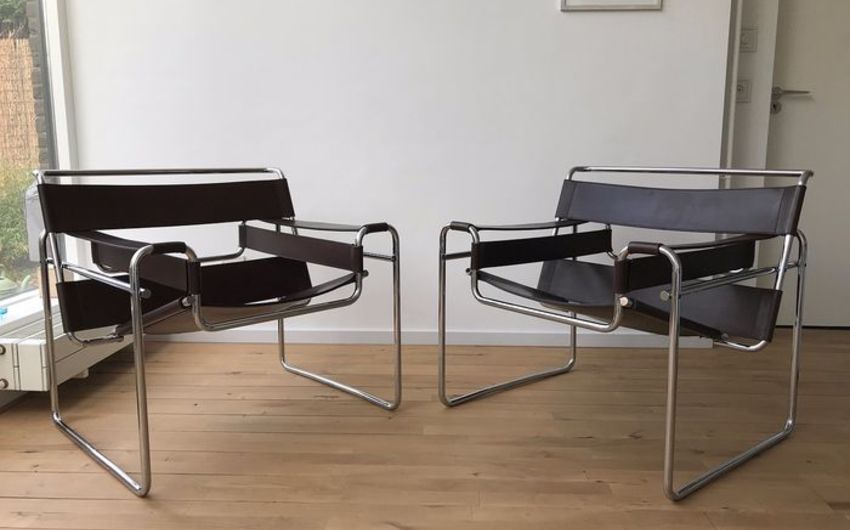 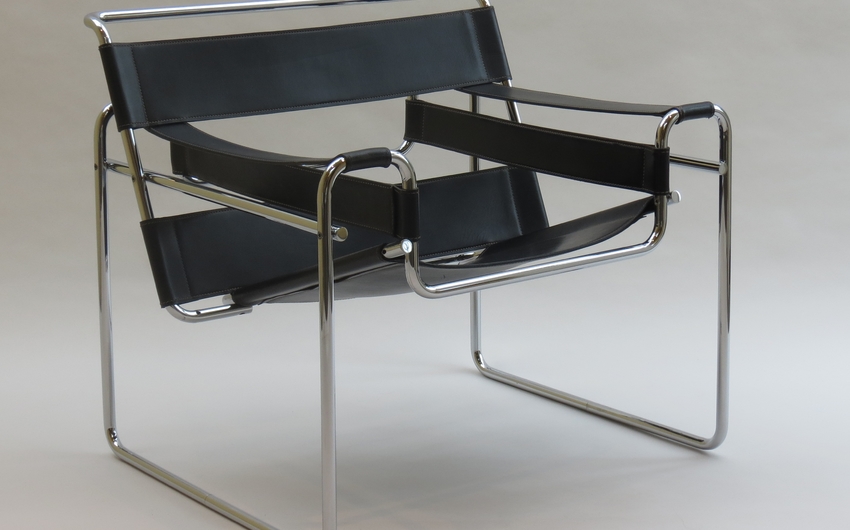 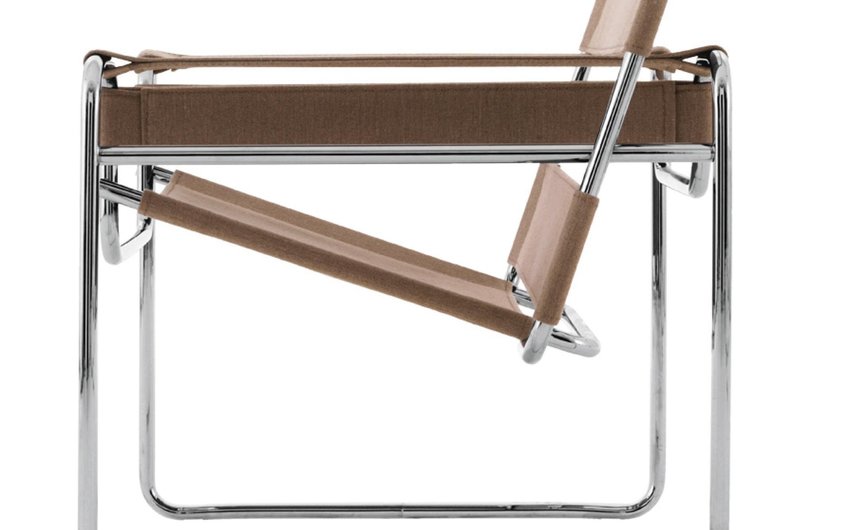 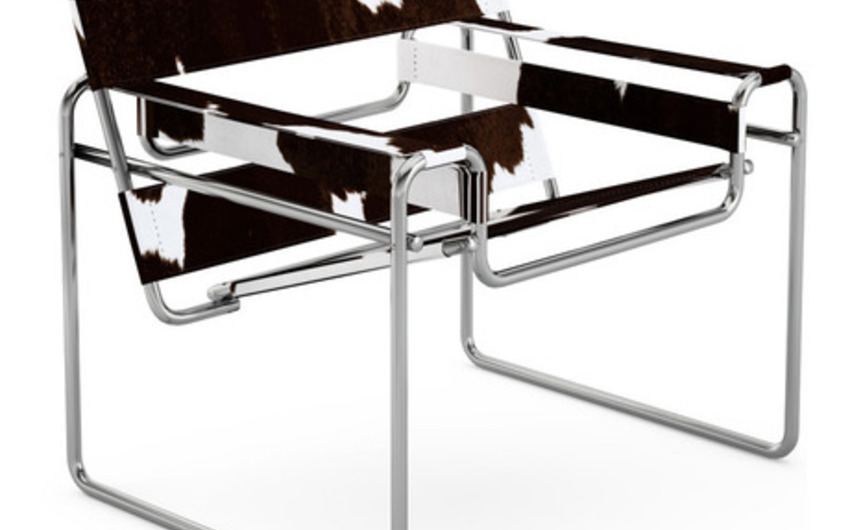 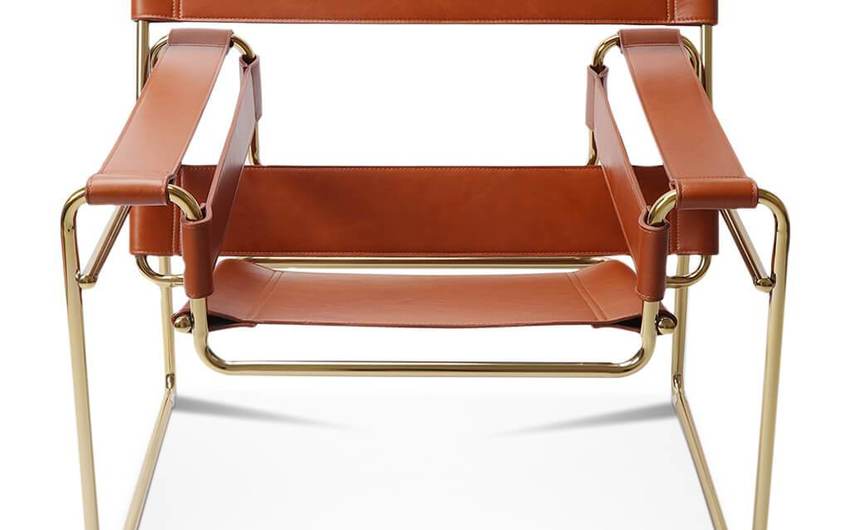 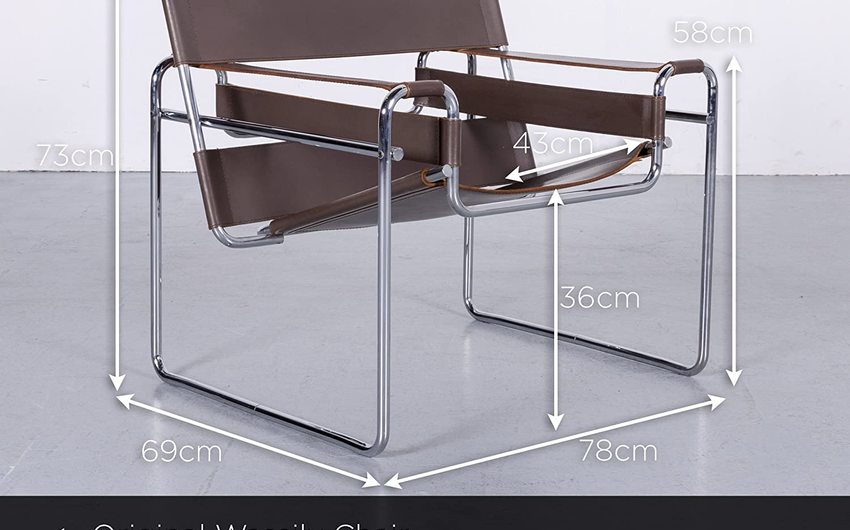 Utopia by Flaine: The Wassily Chair by Marcel Breuer

The Wassily Chair, also known as the Model B3 chair, was designed by Marcel Breuer in 1925-1926 while he was the head of the cabinet-making workshop at the Bauhaus, in Dessau, Germany.

Despite popular belief, the chair was not designed specifically for the non-objective painter Wassily Kandinsky, who was on the Bauhaus faculty at the same time. Kandinsky had admired the completed design, and Breuer fabricated a duplicate for Kandinsky's personal quarters. The chair became known as "Wassily" decades later when it was re-released by Italian manufacturer Gavina which had learned of the anecdotal Kandinsky connection in the course of its research on the chair's origins.

A champion of the modern movement and protégé of Bauhaus founder Walter Gropius, Marcel Breuer is equally celebrated for his achievements in architecture and furniture. Breuer was an outstanding student and subsequently a master carpenter at the Bauhaus in the early 1920s. His entire body of work, both architecture and furniture, embodies the driving Bauhaus objective to reconcile art and industry. While at the Bauhaus, Breuer revolutionized the modern interior with his tubular-steel furniture collection — inspired by bicycle construction and fabricated using the techniques of local plumbers. His first designs, including the Wassily, remain among the most identifiable icons of the modern furniture movement.

The chair later known as the "Wassily" was first manufactured in the late 1920s by Thonet, the German-Austrian furniture manufacturer most known for its bent-wood chair designs, under the name Model B3. After the War years, Gavina picked up the license for the Wassily, along with the Breuer designs previously sold by Standard-Möbel, Lengyel & Co., and introduced the more recognized Wassily version that replaced the fabric with black leather straps, though the fabric version was still made available. In 1968 Knoll bought the Gavina Group of Bologna. This brought all of Breuer's design into the Knoll catalog.

Marcel Breuer talks to us about the Wassily, from the Totem terrace in Flaine

The Wassily Chair, the spirit of Bauhaus