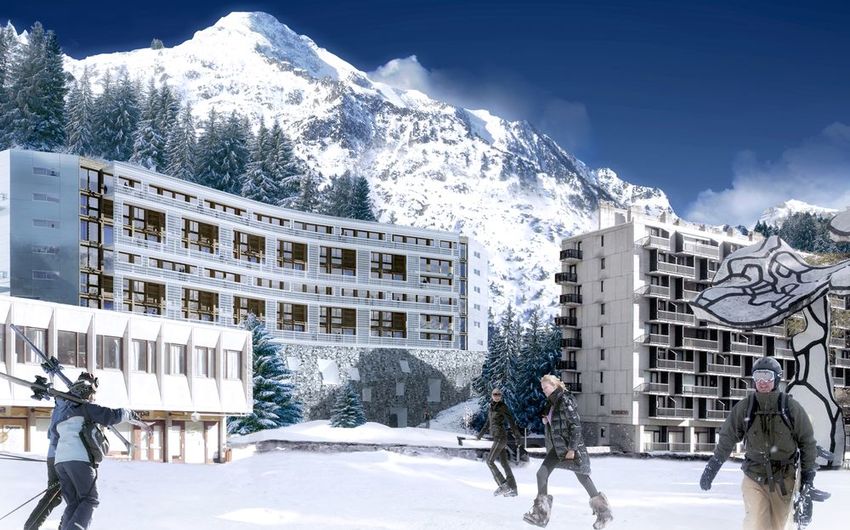 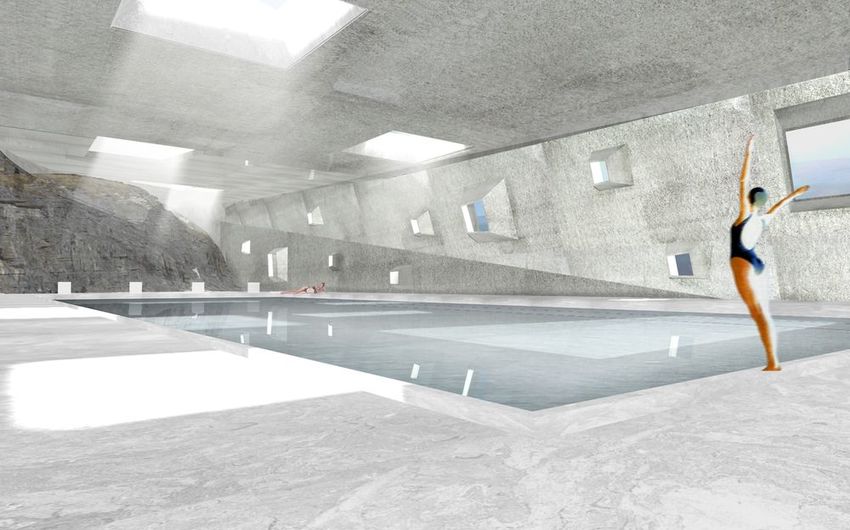 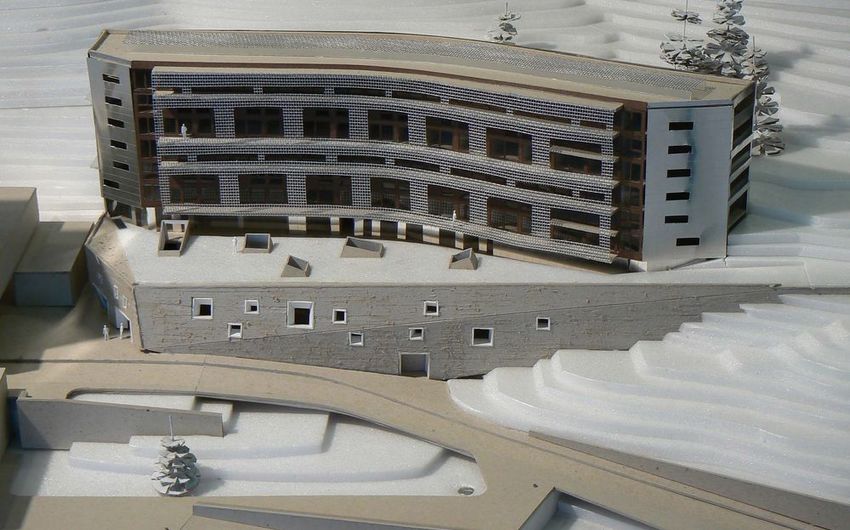 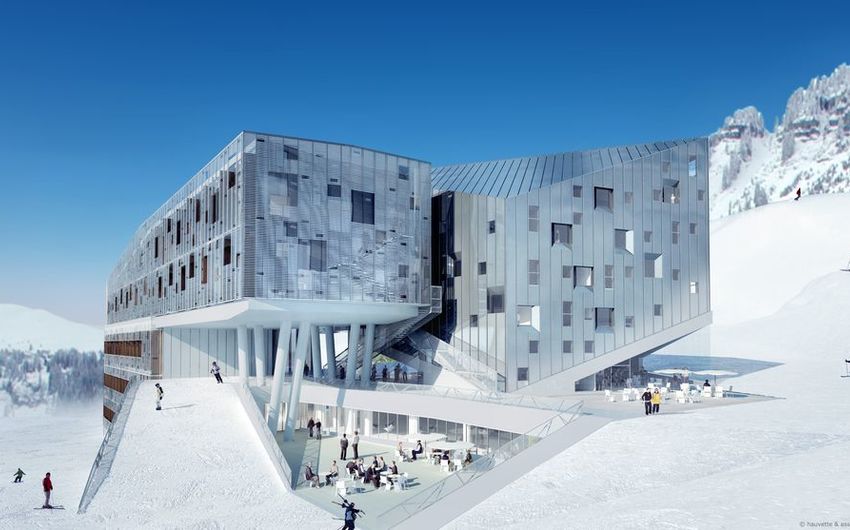 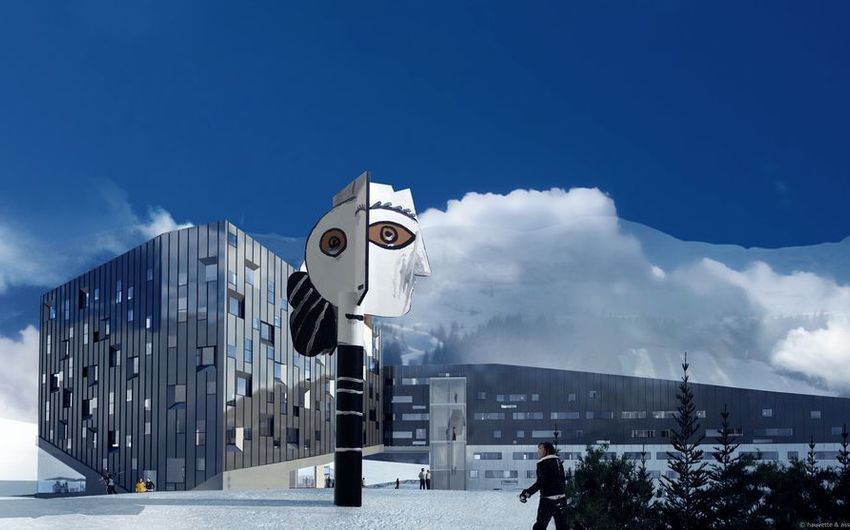 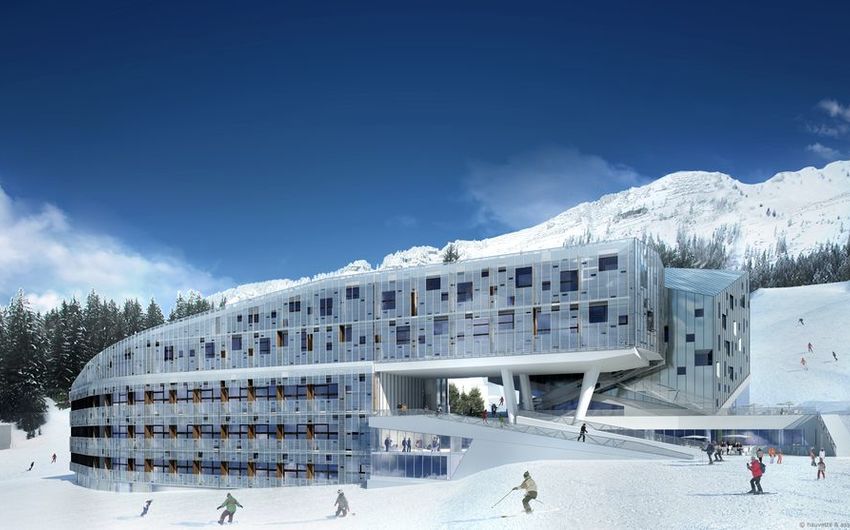 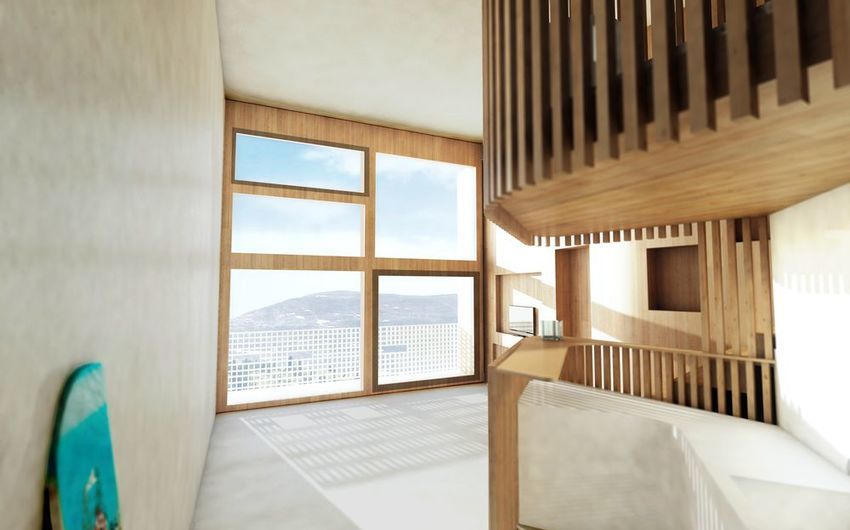 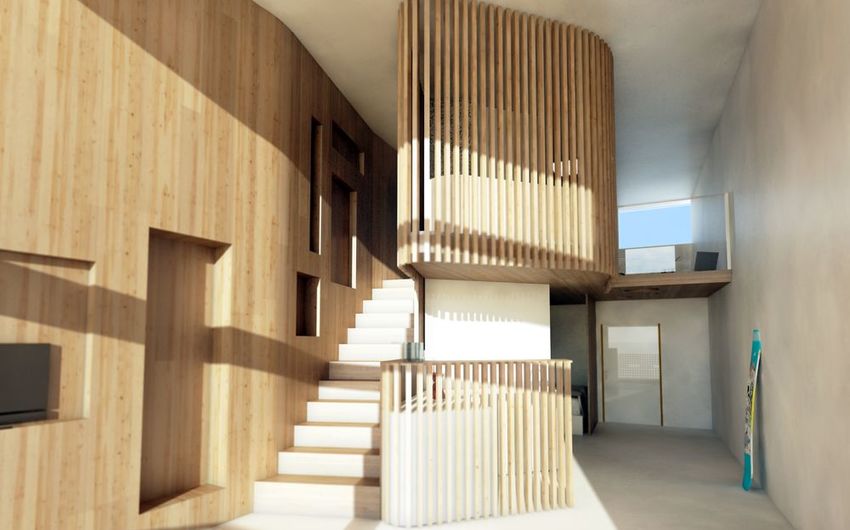 Flaine, a Haute-Savoie resort designed by Marcel Breuer, constitutes a recognized architectural heritage with two buildings listed in the inventory of historic monuments.

While the whole of the French Alps has given in to the dictatorship of the "neo Savoyard kitsch", Flaine, by its history and architecture, invites a resolutely modern writing and contemporary production satisfying the new requirements of comfort and energy performance.

50 years after the Boissonnas - Breuer meeting in Flaine, Flaine today has the opportunity to once again bring together architects, Christian Hauvette and Guillaume Relier, and project owners, Jean Louis Sibuet and the MGM Group, around two ambitious architectural projects: “Terminal Neige Palace” and the “Résidence de la Piscine”.

"Generally speaking," Terminal Neige Palace "is a response steeped in the identity of Flaine and offers an alternative to the architecture reproduced in the rest of the resorts in the French Alps. The Terminal is part of the station's initial ambitions. "Terminal Neige Palace" today raises the question of contemporary architecture in the mountains. The ambition of this project is to be able to respond precisely to Flaine. It is a question of respecting and recognizing the heritage value of Flaine which constitutes in itself a reference. In other words, the question of contemporaneity does not arise in Flaine in the same way as in other resorts in Haute Savoie, the references used for the project already exist on site far from neo-Savoy reproductions "

Located in the heart of the "Forum", the tourist residence leans against the mountain, on the redesigned public swimming pool and integrated into the new complex. The proposal takes advantage of its topographic context to connect the complex directly to the slopes. Interposed between "two Breuer rooms" bordering the forum, the residence also fits into the new morphology of the building by responding to the "Terminal Neige" set, on the other side of the forum. The answer is both architectural and landscaped, since it extends the composition of the entire resort and updates its modern identity, its original spirit

The hotel project is made up of a Tourist Residence, set on a swimming pool. The “Residence” building is a curved bar, organized on the principle of superimposed duplexes with traffic in the center, so as to offer all stays to the south. The definition of a large glazed joinery panel optimizes the view and the solar gains. The arrangement of these panels generates a composition echoing the neighboring buildings of Marcel Breuer while being distinguished by its more generous openings.

The swimming pool, expresses by its volumetry a retaining object, at the edge of the "forum" engaged in the mountain.

This polygon has a ski finish for residents on the roof and a solarium in summer for swimmers. The perforations of this volume are regulated by three square window modules arranged alternately to animate the facade and to increase the framing of the views from the pool but also the contributions of overhead light. This architectural writing is part of the new rooms in the historic Flaine.

The new hotel complex, named "Terminal Neige Palace" is located at the bow of the "forum", in the heart of the resort. The form of the project results from topographic, programmatic and architectural constraints. It preserves the views, extends the "forum" to the "snow front" and it fits into the heart of an architectural ensemble with a strong identity.

The project consists of a Hotel and a Residence, articulated by a service platform. It adjusts to the different levels of connections defined by the natural terrain. Its accessible roof runs from the "forum" to the "snow front" to allow pedestrians and skiers to cross the complex, thus integrating the whole into the "forum".

The Residence building is a curved bar, organized and defined from the basic cell of a duplex apartment called "loft" served by sheltered passageways. The bedrooms are to the north, the double-height living rooms to the south facing the view. A filter made up of 6 metal mesh panels, distributed on a regular grid, placed on the outside of the balcony, offers suitable sun protection, while allowing clear openings. The different arrangement of these panels generates a varied and lively composition both on the facade and from inside the lofts.

The hotel says by its volume a new object leaning against the edge of the "forum", at the right of the slope. The base of this volume is raised at the corners by large oblique beams which allow the light to enter generously into the common parts of the base. The perforation of the metal cladding of the facades is regulated by a square window module arranged in staggered rows, to liven up the facade and increase the framing of the views from the bedrooms.