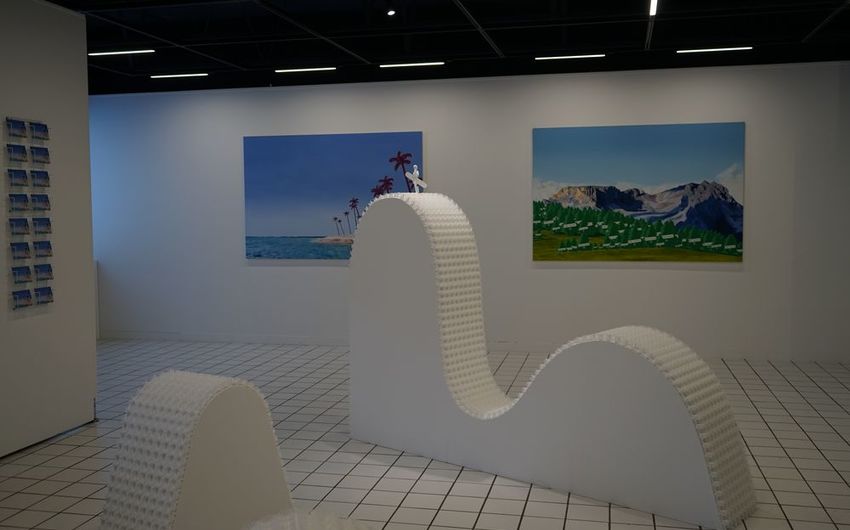 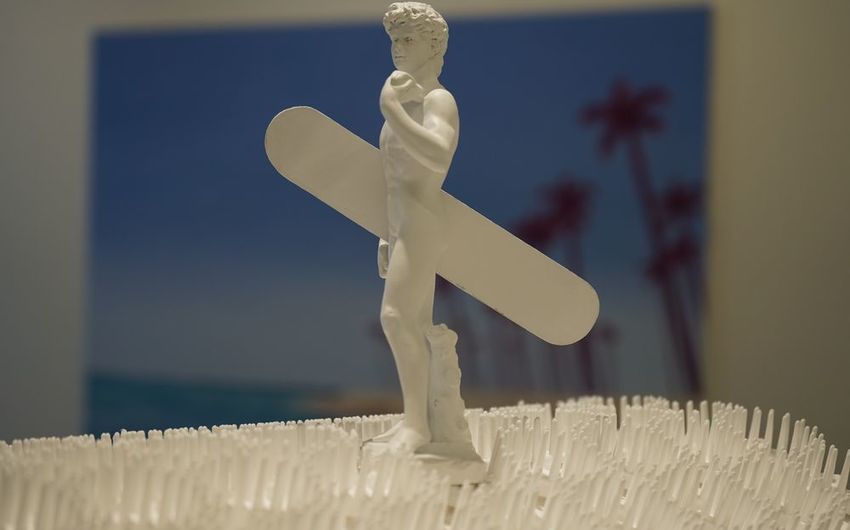 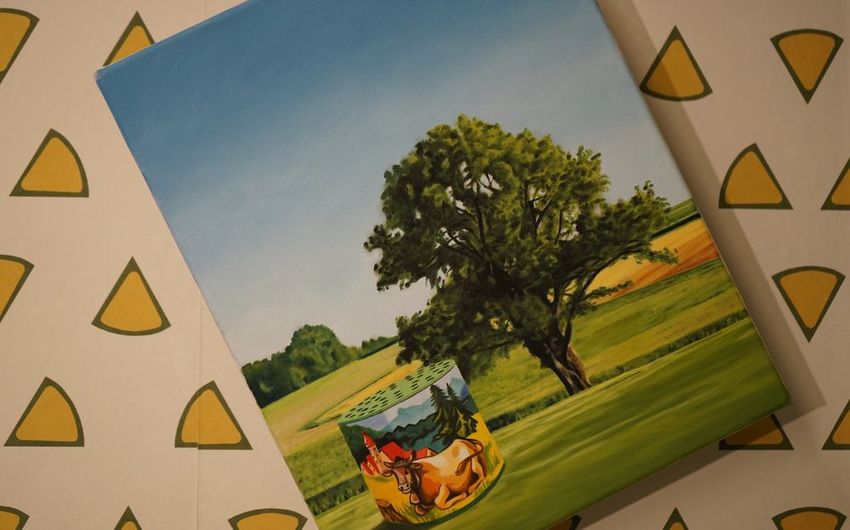 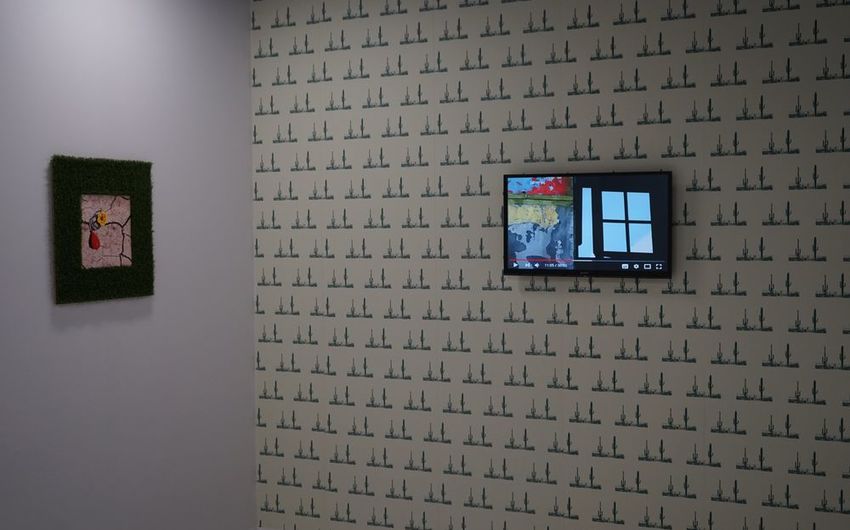 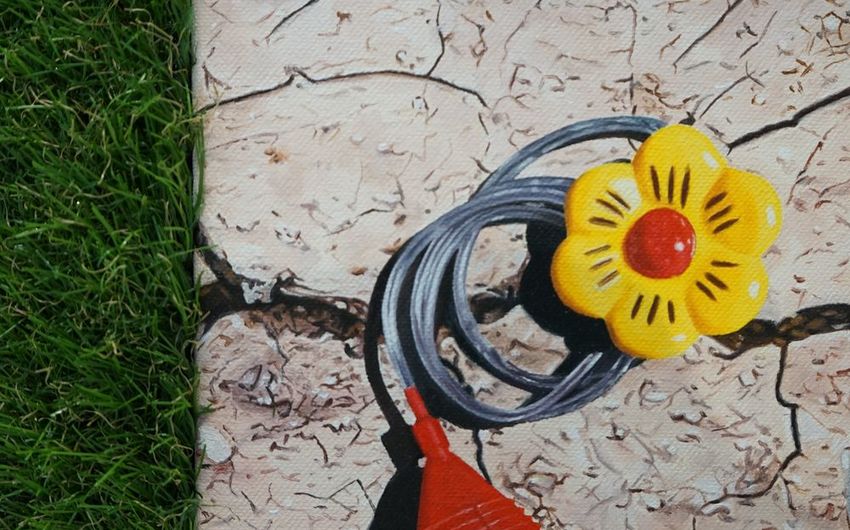 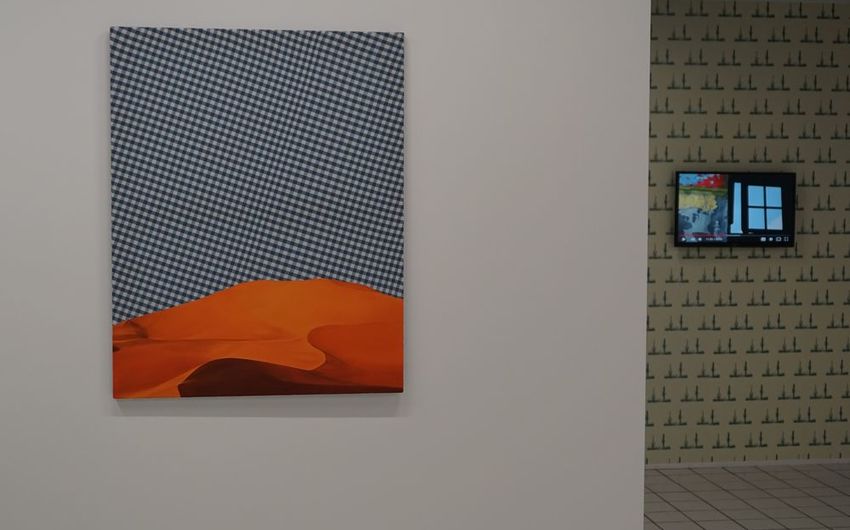 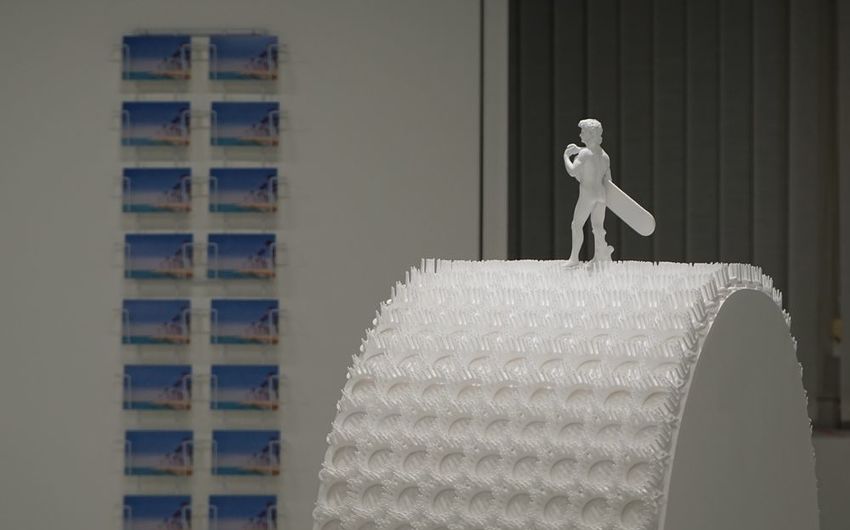 Péneau is a former student of the Annecy-Alps Higher School of Art. He first came to the attention of our artistic director, Geneviève Holvoet, at the Parcours Culturels d’Annecy and then again at the Ateliers et Résidences d'Artistes de Sous-Aléry (also in Annecy).

David Péneau will be happy to inaugurate the second half-century of the Flaine Art Centre! The first half opened in January 1970 under the auspice of Sylvie Boissonas.

A curious weather forecast is given by this title. It sounds like an oxymoron... or a dud (according to the french expression « wet firecracker »). Beyond the seasonal norms, this rain of fireworks presages for sure an artistic work in a singular mood, festive and melancholic at the same time, farcical and serious, light and caustic, but in any case generous. For it is raining artifice on Flaine’s Art Centre hosting the first solo exhibition of artist David Péneau, a 2018 graduate of the Annecy Alpes School of Art.

See the artificial turf that rolls out like a red carpet at a grand celebration, and its more technical and circumstantial variant which covers an artificial ski slope. At its summit, the Michelangelo of David in a miniature and mass-produced version, the only human figure in the exhibition, is immediately noticeable, as if stopped in a moment of contemplation before setting off towards authentic sensations of sliding. There are also many fakes and forgeries, among other optical illusions, whose strategy – to make something look like it is not – becomes a bit perverse when it is combined with gestures that show reality as it is: one will therefore notice the postcard displays set up on each side of the counter where, from 8:30 a.m. to noon, the art center also acts as a post office. But one will also note the artist's propensity to dedramatize pictorial art by giving it such a purpose, taking precedence over the souvenir shop.

So many derivations cannot hide the fact that the artifice we celebrate here is indeed painting. And while the style appears rather classical and the tone humorous, it should be stressed that all aspects of the medium are under study : The subject as much as its representation, the effects of depth or, on the contrary, flattening on the surface of the painting, the motif that almost always comes from images found on the net, the display (with the recent intervention of wallpaper), or the painting labour economy, requiring a long time in an era where everything is subject to the law of acceleration.

It is in this relationship to duration that the melancholy in David Péneau's work takes place, what might indicate an older painting that represents an optical illusion movie still. Another clue comes from the entrance window, where a small painting spins tirelessly in a clockwise direction, in a decor composed of artificial grass and wallpaper with the pattern of Vache qui rit individually wrapped cheese.

The rotation appears as an effort of the painting to make the "moo box" ring, and to regain a feeling of childhood.and regain a childhood feeling. No nostalgia is expressed here(beware of nostalgic painters), moreover the artist remembers this disappointing mechanical bleating of a goat supposing to imitate the sound of a cow. What then can we say about the taste of the famous Gruyère cream presented in the form of real cheese slices?

Nor is it a question of the artist mourning for the disappearance of the true in favour of its immitation : wasn’t he born in the era of the false, and, like a whole generation, isn’t he accustomed to the idea of the end of the world ? He observes with a certain tenderness these myriads of substitutes and their more or less prosaic function (masking bad smells, stirring), to which the change of scale offers an honourable destiny in landscape paintings. Same here, the realistic execution of archetypal images intended to offer the thrill of the great outdoors on a computer wallpaper is still a way of taking seriously the emotions provided by such motionless journeys into standardized exoticism. Thus one can detect high art references in certain gestures, such as the inversion of the upside-down motif peculiar to Georg Baselitz or the use of a cheap printed fabric as canvas that could refer to Sigmar Polke, while the trimming of the figures and the flattening of perspective place this painting more in a pop vein. But these references are in the minority compared to the assertion of the decorative that takes place here, this aesthetic impulse that has brought socially illegitimate actors (petit bourgeois, workers, peasants) into the history of taste, as Jacques Soulilou's writings remind us. Class struggle is the background of made in china copies of David replaying the heroic scene. So the tension on the little figurine’s face that brought Florence into popular interiors is related to the context: the station designed by Marcel Breuer. Here it is given pride of place within one of the symbols of modernist architecture whose most famous treatises (those of Le Corbusier) made war on decoration and ornament in favour of a "good visual purgation". This was before modernism provided the decorative patterns for sumptuous mass production.